Unfortunately we don’t know much about this car, i mean about specifications of it. Or just need to dig deeper. But how great it is. Just look at her. Or better look at her in real if you have chance.

Chrysler Airflow is a sleeker streamlining automobile assembled in Michigan, US.

Carl Breer, along with fellow Chrysler engineers Fred Zeder and Owen Skelton, began a series of wind tunnel tests, with the cooperation of Orville Wright, to study which forms were the most efficient shape created by nature that could suit an automobile. Chrysler built a wind tunnel at the Highland Park site, and tested at least 50 scale models by April 1930. 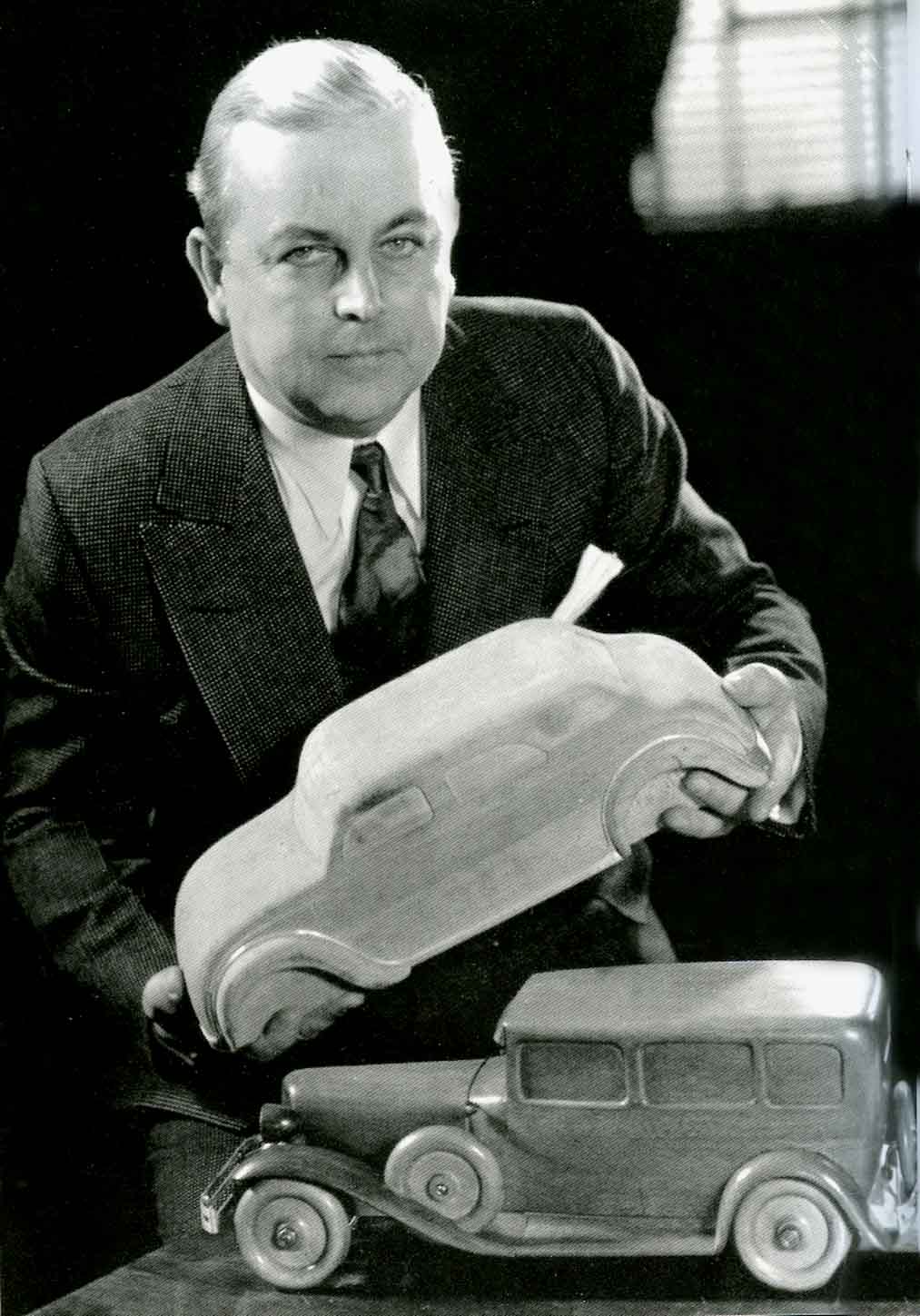 Their engineers found that then-current two-box automobile design was so aerodynamically inefficient, that it was actually more efficient turned around backwards. Applying what they had learned about shape, the engineers also began looking into ways that a car could be built, which also used monocoque (unibody) construction to both strengthen the construction (the strengthening was used in a publicity reel) of the car while reducing its overall drag, and thus increasing the power-to-drag ratio as the lighter, more streamlined body allowed air to flow around it instead of being caught through upright forms, such as radiator grilles, headlights and windshields.

But An innovative suspension system on the new Chrysler Airflow stemmed from the need for superior handling dynamics. The engine was moved forward over the front wheels compared with traditional automobiles of the time, and passengers were all moved forward so that rear seat passengers were seated within the wheelbase, rather than on top of the rear axle. The weight distribution had approximately 54% of the weight over the front wheels, which evened to near 50-50 with passengers, and resulted in more equal spring rates, better handling, and far superior ride quality.

The car has commercial failure due to Great Depression.