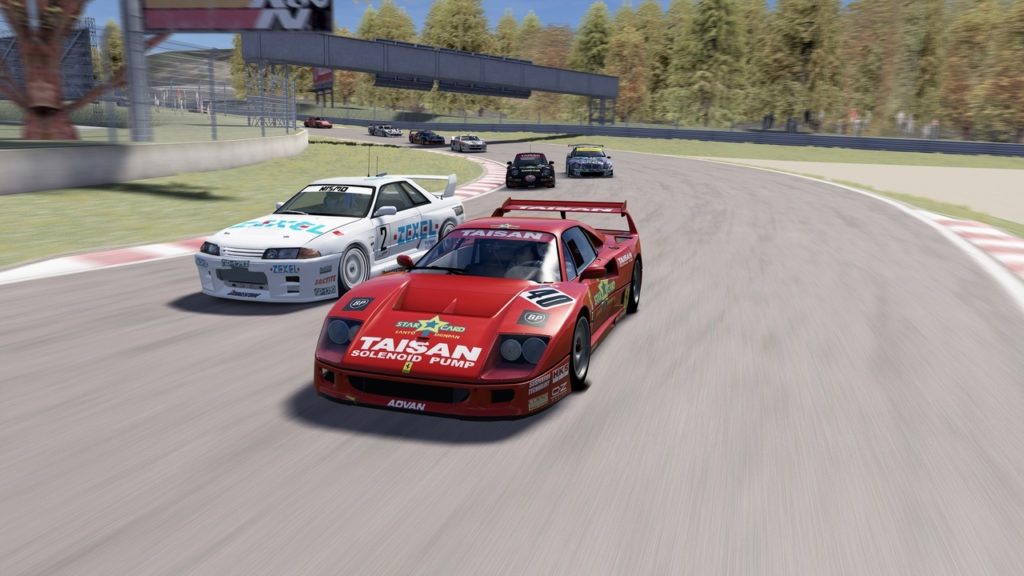 So, friends, here we go with golden era of GT championship – JGTC (全日本GT選手権) with super rare and super awesome cars that raced together against each other, and this could only happen in superb Japan!

All cars are balanced in one way or another. I mean, attention was payed on real times of the beasts on Suzuka track. All cars were tested there in game as well. 037 is not as fast as F40 or 993, becase thats how it was. 962C better suits for high speed tracks, then narrow roads etc…

The mod can be downloaded from our Patreon

old beast from Group C era that was fitted with extra 300 kg ballast to meet requirenments and finally banned after 1994 season. Skins made from zero.

it was almost street car modifiend into true GT by the end of the 1994. Skins made from zero.

White Zexel team separated to child model, it has bigger side skirts.  Also rims for Calsonic and Unisia are different from Zexel

Masahiko Kageyama behind the wheel of #1 Calsonic Hoshino Racing Skyline GT-R took titles in 1994 and 1995.

nice attempt to bring legendary rally car on a big ring. Only in Japan

Classical GT, was not very fast, but anyway. Skins made from zero.

993 is truly one of the best wordwide race car ever made in Taisan livery this time. Skins made from zero.

and this one from a little later era. GT4 dream car, do you remember?