Experimental Coupe and Spyder designed by Zagato, built by Abarth in conjunction with Bertone = Tripple combo!

The Abarth works are equipped mainly for batch fabrication processes; the factory employs 110 people plus 12 administrative staff. Initial development work on a new induction system is undertaken on a test bed, but thereafter-and particularly so with the exhaust system most of the experimental work is carried out in carefully controlled road performance tests along the autostrade. 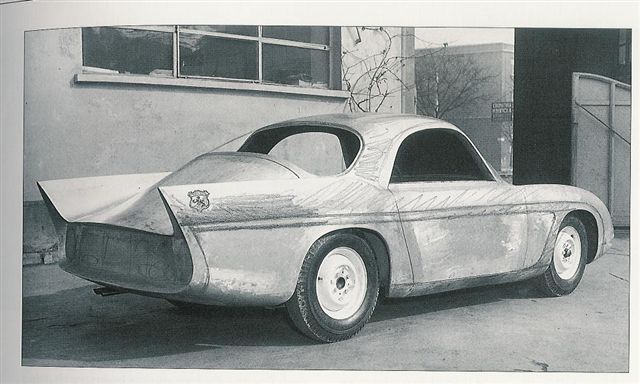 This would seem to be expensive, but the final results appear to justify the methods. Following up this specialist bodywork as well as obtaining increased performance from his modification to the Fiat 600 power unit, Abarth has produced two most attractive bodies for the Fiat 600 chassis in conjunction with Bertone. The first, a coupe (Type 215A) was introduced at Geneva in 1956 and attracted much attention.

At Turin 1956 an open two-seater Spyder version was exhibited, designed Type 216A

Gallery of Abarth 215A Coupe

Gallery of Abarth 216A Spyder