The Lister Strom was a homologated racing car built in 1993. The Storm used the largest V12 engine fitted to a production road car since World War II, a 6,996 cc Jaguar unit based on the one used in the 90’s XJ-S Jaguars.

With 546bhp, 583lb ft of torque, a Motec management system, a weight of 3,668lb and a drag co-efficient of 0.35cd, the Storm had a claimed top speed of almost 208MPH and 0-60mph in just 4.1 seconds, making the Storm a fitting contender for the Le Mans 24 hours. It was certainly proved as a supercar due to its performance and for a while the Lister Storm claimed the title of the fastest four-seater car in the world! (Until the launch of the Brabus Rocket in 2006) 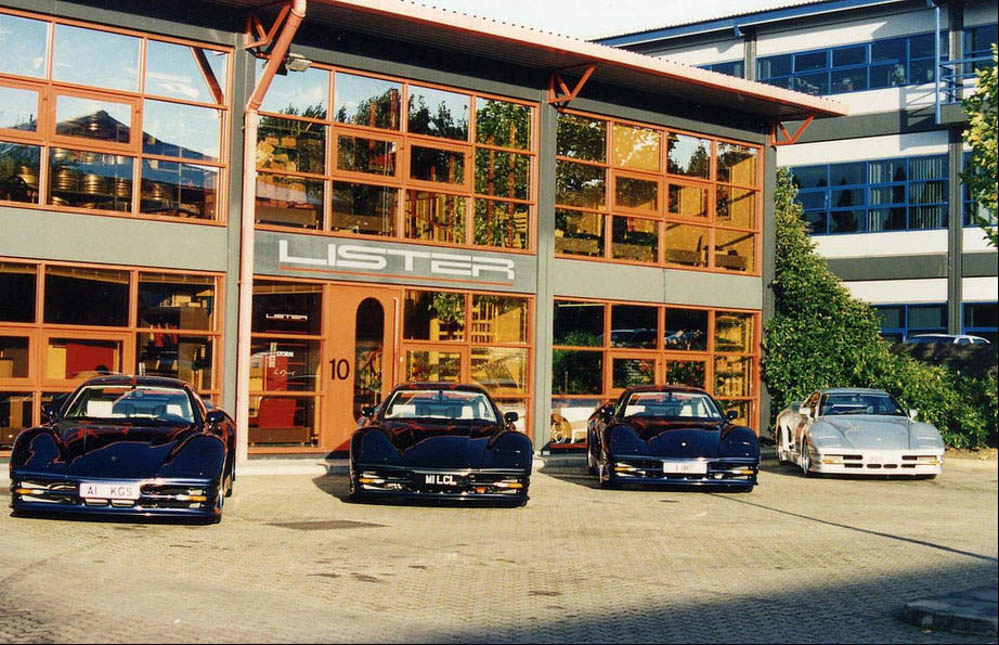 The Storm uses race car style ‘ground effect’ design to channel the airflow under the car and generate downforce and thereby aid grip. The suspension itself consist of unequal double wishbones with anti roll bars front and rear. On top of that the whole lot is completely adjustable just like it is on a proper race car. The bodyshell is another bit of hi-tech wizardry, with an aluminium honeycomb monocoque and carbon composite roof and outer panels. Lister cars itself was first formed back in the 50’s as a motor racing team which enjoyed success at Le Mans with modified Jaguar D-Types.

Due to the high price of the vehicle only four examples were produced (only three Storms survive today) before production of the road-going Storm ceased. The Storm was later developed for motorsport and proved immensely successful. Laurence Pearce was definitely the driving force behind the Lister Storm.