Welcome to overview on of the most progressive concept car from last years of Soviet Union – 2144 Istra. AZLK (АЗЛК – Автомобильный завод имени Ленинского Комсомола in Russian, Automobile Manufacturer by the name of Leninskiy Komsomol) was a Soviet and Russian automobile manufacturer (Moscow), the maker of the Moskvitch brand.

This pretty demo car was made in a single copy in about 1985-88 s series but was never produced.

The project group’s task was to develop promising “Millennium car 2000”. Alexander V. Kulikov led a group of design engineer -he gave her a name – Istra.

Why do I mentioned this car is her designed by Sergey Ivakin. 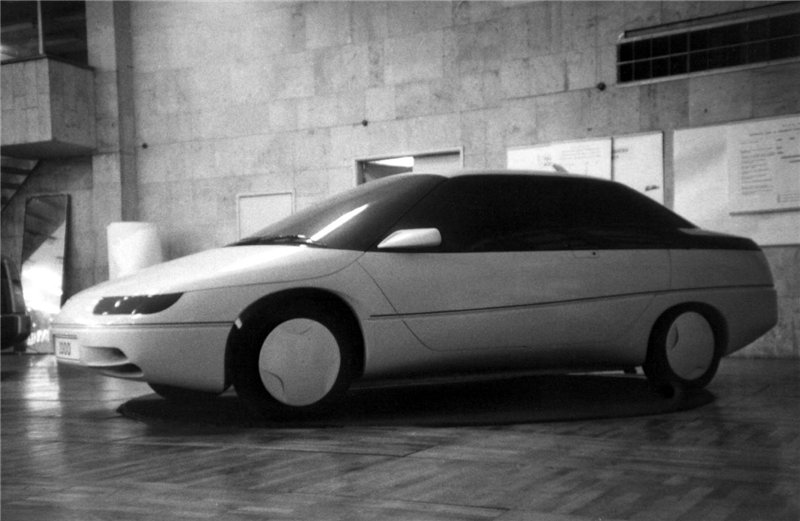 And do you think Subaru’s Alcyone SVX (concept of SVX was performed in 1989 – few years later after Istra revealed). looks like Istra ‘88. Some shapes are definitely were copied from Soviet concept (split windows and rear door. As well as rear arch is lower then front one).  By the way the drag coefficient of the body, was only 0,149. 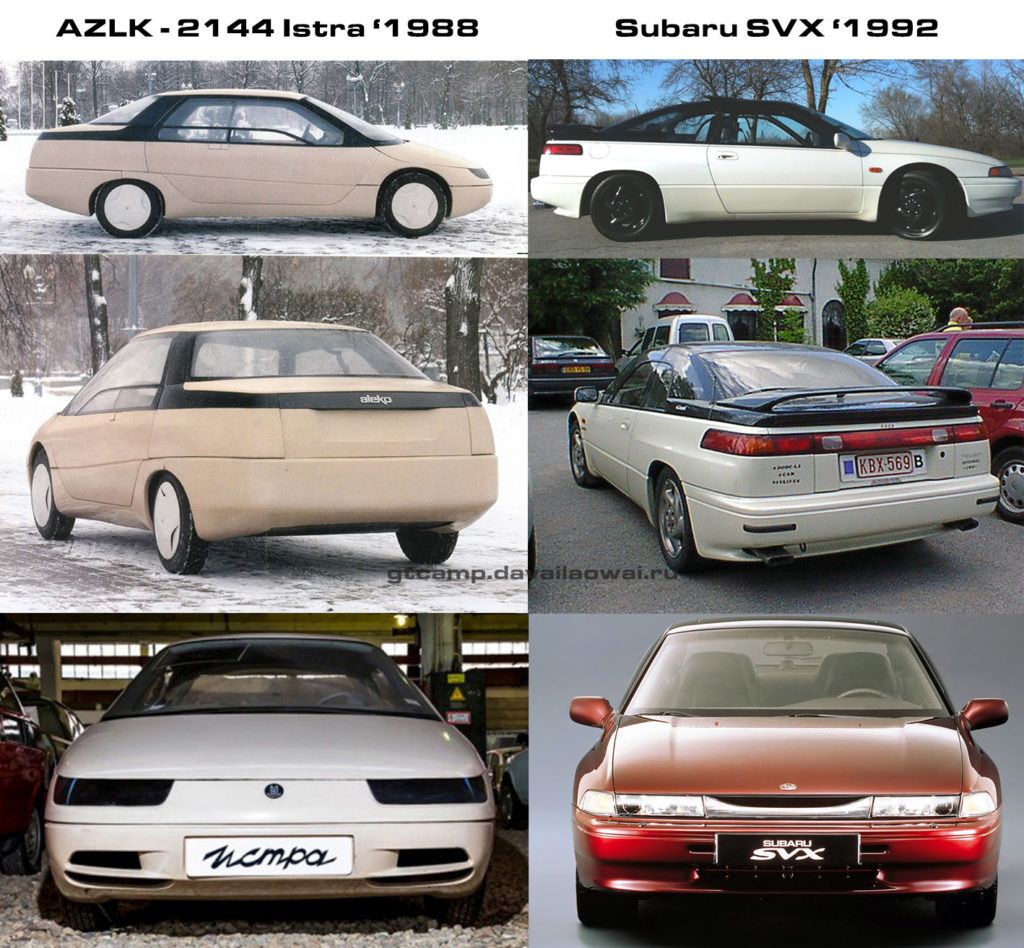 The project was distinguished by a number of unique solutions, including duralumin body (made in Kirov, Russia) without the center column; two wide lateral doors opening vertically upwards like a bird’s wing up and providing access to both rows of seats; diesel company Elsbett, diesel fuel, made on the basis of rapeseed oil; the night vision device and display the readings on the windshield; unique automatic transmission.

It was planned to install a small 3-cylinder turbodiesel ELKO 3.82.92 T with a capacity of 68 horsepower under the hood of Istria, and in the long term was the development of a completely new engine based on ELKO technologies. 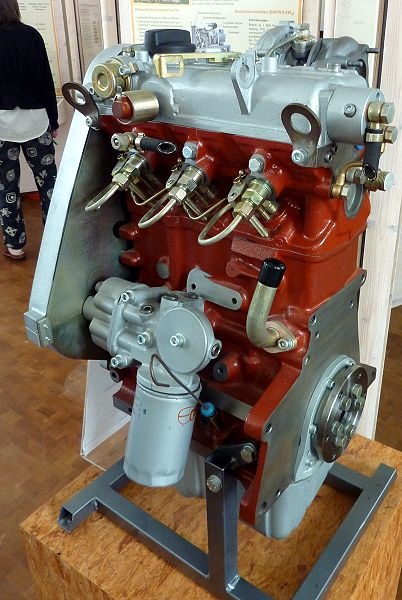 Economical diesel spent a total 2.2 to 3.5 liters of fuel per 100 kilometers, depending on driving style. Once Moskvich-2141 equipped with this engine took part in an eco rally “Moscow-Riga”, showing an incredibly low fuel consumption of 2.69 liters per 100 kilometers.

It gives 1.6 times more useful energy than gasoline, and circulation in the ecosphere will turn completely closed: the plants absorb carbon dioxide generated from burning and make oil from it again

Multi-fuel engine of the future car was planned to equip with continuously variable transmission (belt CVT, electronically controlled). Extended range and smooth change of gear ratios is allowed to reach accelerating acceleration of about 6-7 m/s, or Vice versa, to crawl at a low speed in Parking mode.

Also it was planned to install the system that helps to project display to the windshield. And scanners that could help to see clear the road in low visibility or at night, or could even bring to the windshield picture of what is happening in front of the car.

Actually no doubt Russian engineers could do it, and the car could become one of the greatest ever production car, but in 1993 the whole project was stopped, you know why.

AZLK-2144 was the last interesting prototype of the Moscow automobile factory.

Where is the Istra now?

Other specs of AZLK Istra