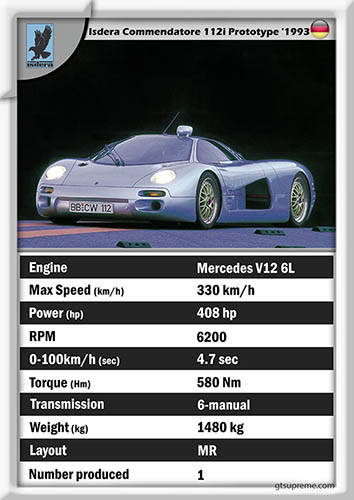 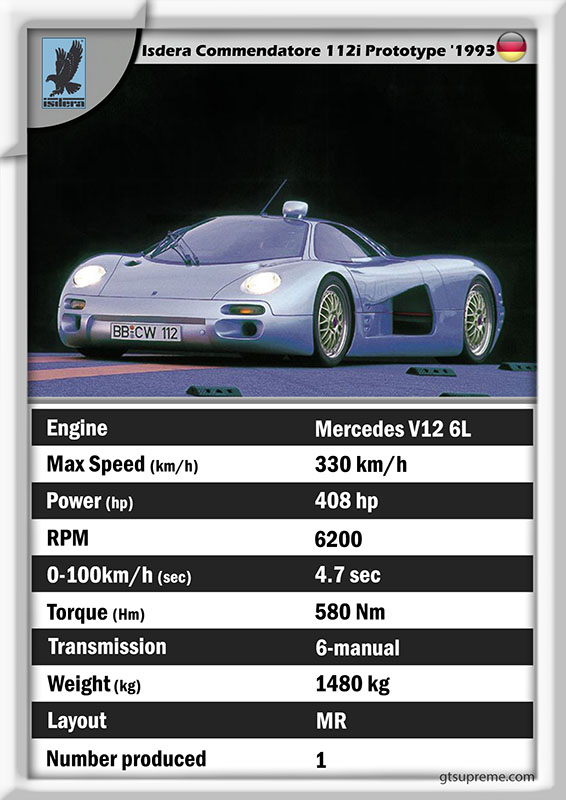 One of the mysterious supercars of our time is the Isdera Commendatore 112i – the most striking and advanced supercars from the nineties. This one-of prototype is such a rare sight, that photos of her, however this Istdera was released so far at 1993 Frankfurt Auto Show.

The Commendatore is the final product of ex-Porsche designer Eberhard Schulz and his two sons. It was completed as a pre-production prototype which was to be followed by a limited series with a unit cost of $450 000 USD. Unfortunately, before any production Commendatores were made, Isdera went bankrupt and the remainder of the company was sold to Swiss interests. This left the sole prototype for the world and, since Schulz was particularly experienced at creating advanced prototypes, it was finished as a fully drivable and roadworthy machine. 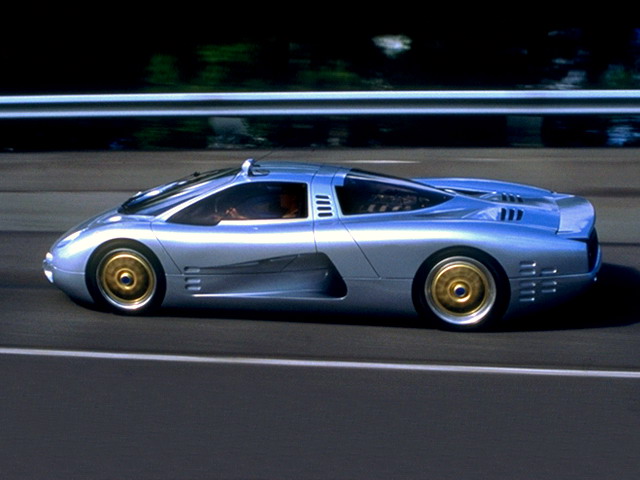 In the late sixties, Eberhard Schulz was responsible for overseeing a spectacular series of Mercedes-Benz prototypes that started with the C111 Concept. These mid-engine projects were going to be a true successor to the 300SL and were similarly produced at great costs to introduce new technologies and styling. Unfortunately, after several different revisions of the C111 appeared, including some rotary engine versions, Mercedes-Benz decided to halt production. This cancellation prompted Schulz to start Isdera and, with cooperation from Mercedes, he continued the project to completion. By 1984, Schulz was selling his roadworthy version called the Imperator 108i of which 30 cars were made. 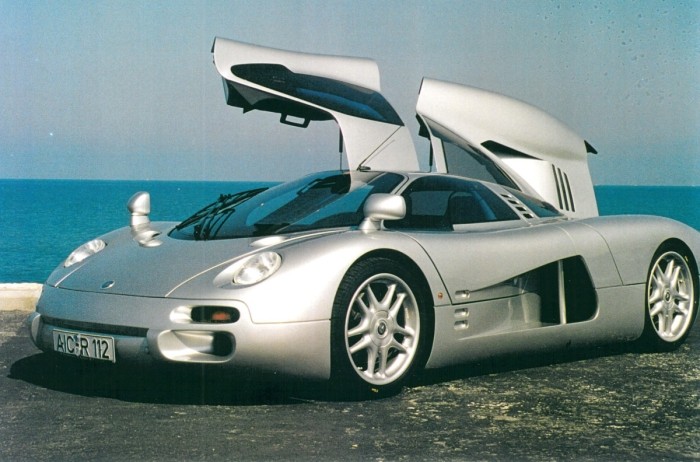 Following the Imperator, Schulz decided to take his concept to the next level with the Commendatore. Like the Mercedes-Benz project cars, the Commendatore was packed with new technology hardly anyone else was willing to commit to. Thus, to develop this car, Schulz had to spend close to four million euros. 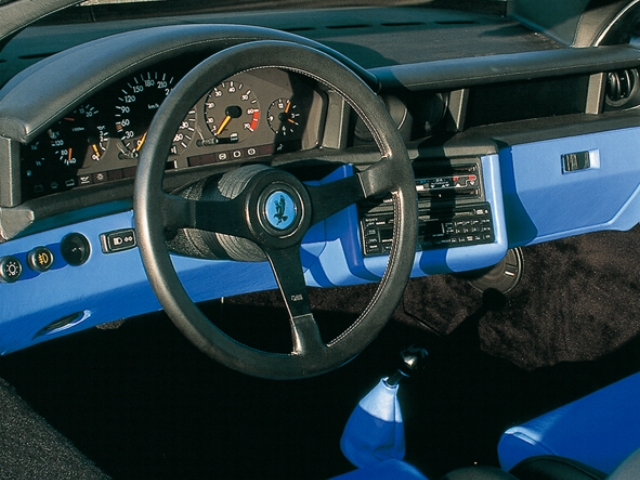 Most of the money went into advanced systems such an active rear airbrake designed to deploy under braking and an automatically adjustable ride height. Furthermore, the car was based around largest Mercedes V12 available at the time and it was supported by a complex tubular space frame.

Despite being driven by Mercedes-Benz mechanics, the Commendatore lends many styling traits from Porsches of the past. Its long rear overhang is reminiscent of the long tail Porsche 917 and front lights are straight from the Porsche 968.

While the Commendatore never reached production, we are lucky that the the sole prototype has survived and has been driven 3000 miles since new. As an entertaining thought, the Isdera leaves us wondering what situation Mercedes-Benz might be in had they persisted with Schulz, and changed to a mid-engine layout so early on.

Commendatore 112i other specs