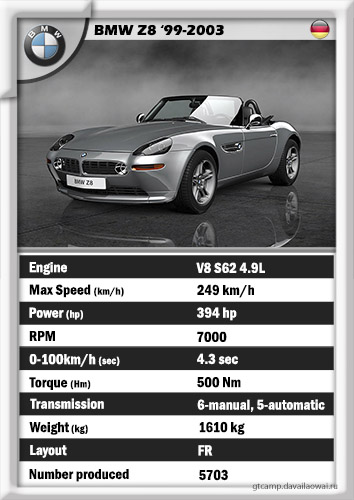 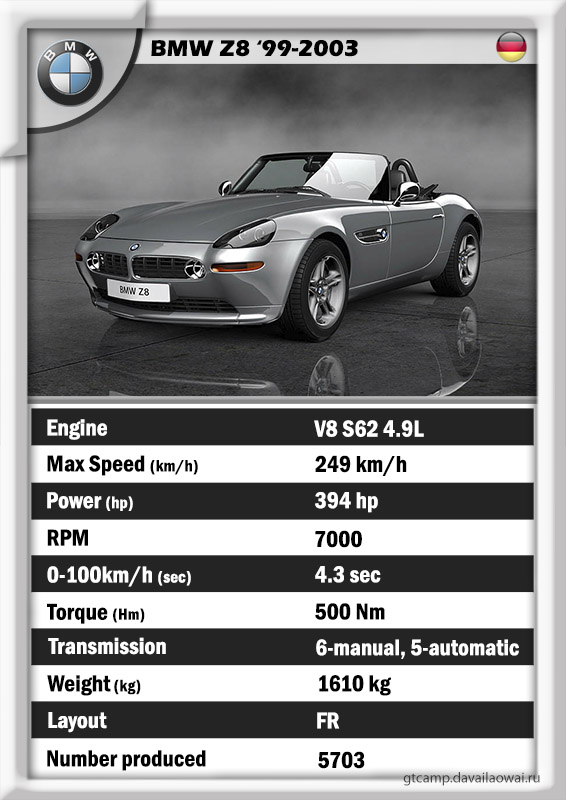 The Z8 was designed by Henrik Fisker announced in 1999 was a luxury open-top sportscar that takes its roots from the legendary BMW 507 of the 1950s (of which only 252 cars were ever made). It drew additional attention when its styling was shown for the first time to the world, as the Bond car in the 19th 007 movie, “The World is Not Enough”.

Prototype for the first time was showed at Tokyo Motor Show in 1997 and people liked it. 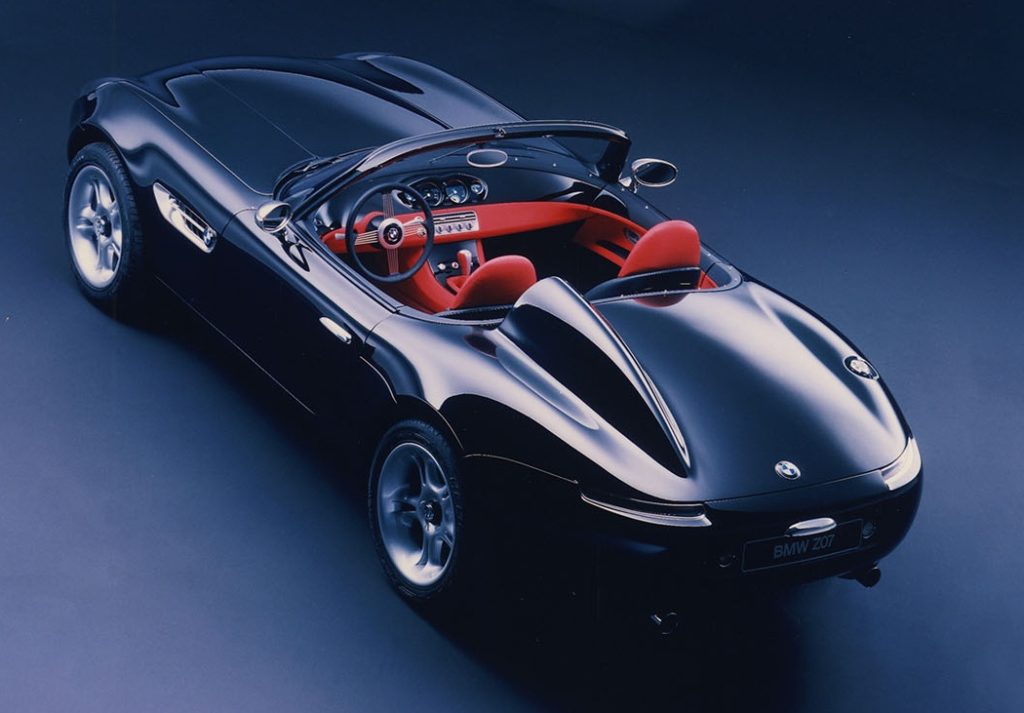 While the Z8 is a production car, it was positioned as a very special model in BMW and they spared no expense in its creation. The base structure of the car starts by combining an extruded aluminium space frame with aluminium panelling; an expensive undertaking that requires precision craftsmanship. The long-nose, short deck layout, electric soft top and a retro-modern styling that utilises a variety of classical details, is the work of designer Henrik Fisker who would later work on the Aston Martin DB9, then go on to create his own hybrid car company. 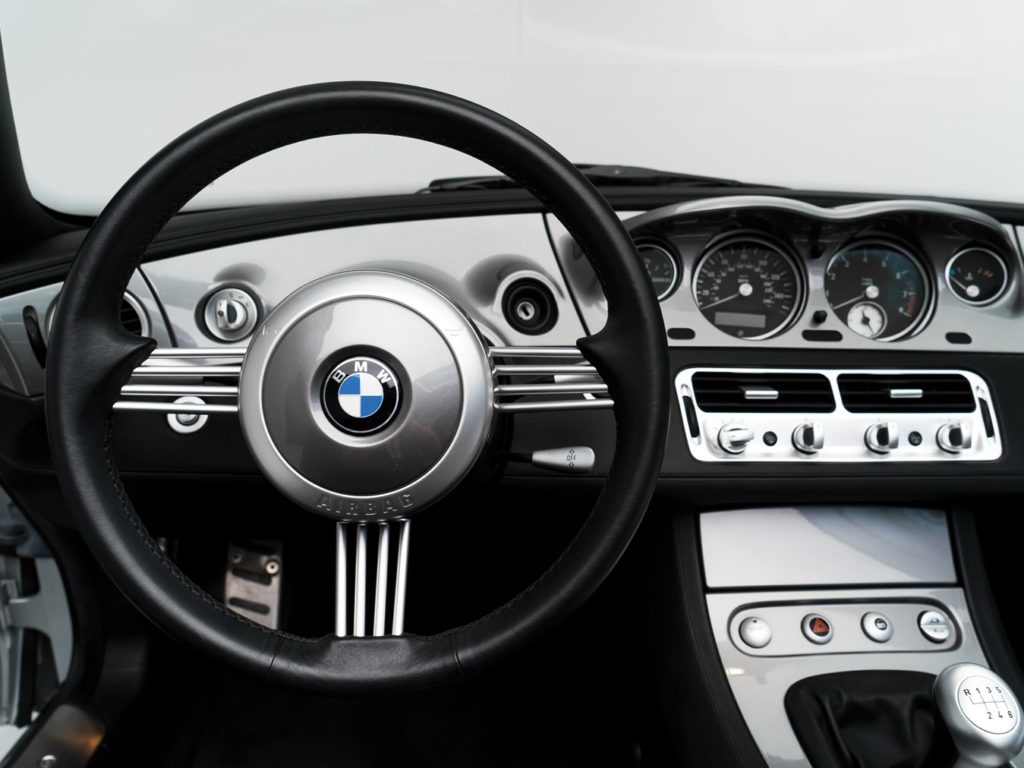 Its design taste is consistent through to its interior, recreating the metallic interior panels of the 507 with composite panels and centre gauges. Meanwhile, fine leather is utilised unsparingly to create an interior fit for a luxury car. Mechanically it takes its engine from the high-performance E39 M5 saloon, a 4941 cc V8 producing 394.5 BHP and 50.0 Nm torque, and also shares the 6-speed manual transmission, front MacPherson strut and rear integral arm aluminium suspension. Because the car is 150 kg lighter than the M5 saloon at 1,650 kg, 0-62.1 mph is a brisk 4.7 seconds, making it the fastest BMW in its day. 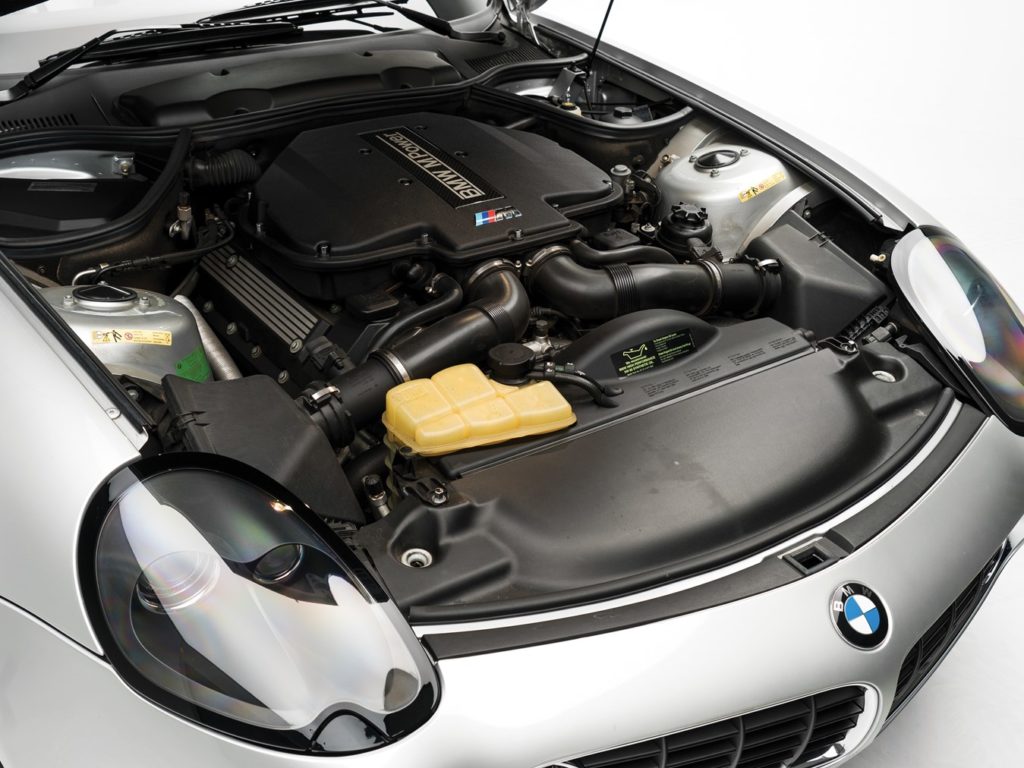 The Z8 used neon exterior lighting, the tail lights and turn indicators are powered by neon tubes that offer quicker activation than standard lightbulbs and are expected to last for the life of the vehicle.

Due to the limited volume of Z8 production, all elements of the car were constructed or finished by hand, thereby compounding the importance of ongoing manufacturer support for the type.