Estonia 3 was first serial Formula car in USSR constructed by A. Seiler and V. Paazik. The brand was in western Europe as TARK, Tallinna Autode Remondi Katsetehas. Later the factory was privatized and renamed “Kavor Motorsport”.

Pipe frame, a rear engine arrangement, an independent suspension of all wheels. The main difference from “Estonia-1” was the design of the rear suspension: springs were used instead of the spring. In the main drive there was no differential. The frame was also significantly simplified. The motorcycle engine IMZ-M52S underwent a more intensive forcing than on the “Estonia-1” (35 hp against 30). The gearbox was also taken from IMZ-M52S. Wheels – tangential, motorcycle type. 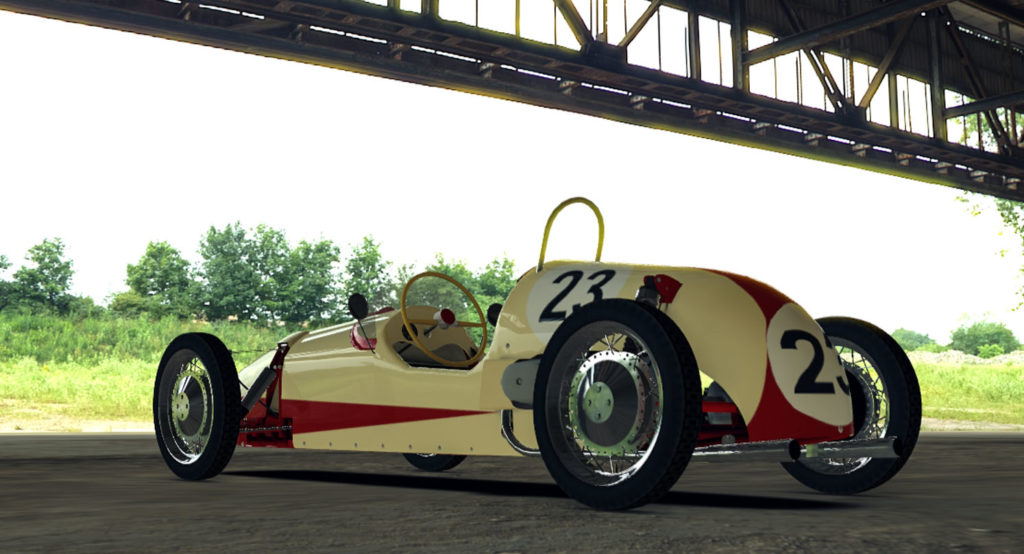 About the IMZ Ural engine:

Early in World War II, the Russians had built the IMZ plant to produce BMW-design motorcycles under licence (the R71 model, predecessor of the R75). The Serpukhov All-Union Research Facility of the Motorcycle Industry was tasked with developing the engine, and the design they came up with in 1954 bore an uncanny resemblance to the BMW R51/3. The IMZ-Ural M52 went into production in 1957. Just as in Germany, it was the go-to engine for almost all of the Soviet Formula III builders, including Zvezda and Estonia.

Self-modernization of cars “Estonia-3” was not a mass phenomenon and occurred only in selected cases. So, in 1962 E. Griffel performed on a car with the Czechoslovak engine ESO-500; Later (in 1964-1965) V. Aksionaitis installed on his car an engine with a fuel injection system. It is also known about the cases of radical modernization, which was aimed at participating in the races of the “senior” classes. In 1964, Leningrad athlete A. Guler acted in the national formula 1 on the converted “Estonia-3” with the engine “Moskvich-407” (1358 cm3), located in front of the radiator and wheels from the car [photo 1]. In 1962, at least one “Estonia-3” received the engine “Wartburg” (992 cm3) and 13-inch wheels for racing in the formula “Junior”. [photo 2]

Estonia-4 (last of this series)

Made in 1961 version of “Estonia-3” with an engine from the Czechoslovak motorcycle ESO-500 (36 hp.) And a four-speed gearbox from him. The design of the rear was apparently designed on the model of the Cooper-T42 cars that took part in international races in Leningrad in 1961. J. Kyuunemäe performed in 1962-1963 behind the wheel of this single made Estonia-4. The design was unsuccessful, and further work on it was discontinued.

At present, the only surviving copy of Estonia-3 has been restored to its original state and placed on the course of the “Workshop of Shamansky” in Moscow. All another cars were lost.

Estonia-3, 4 racing results (only some of them):