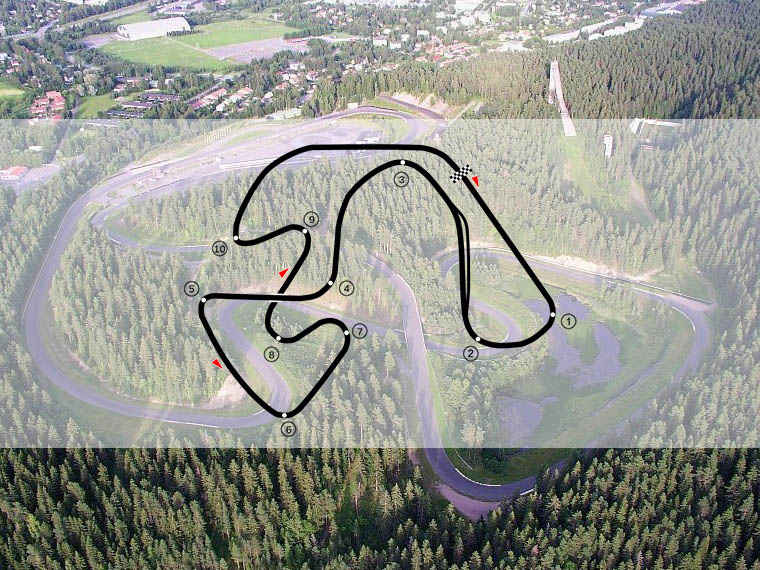 Ahvenisto “Appara” Race Circuit (Finnish: Ahveniston moottorirata) is a legendary motor racing circuit located in Hämeenlinna, Finland. It features a total elevation change of 32 metres, its main straight is 280 metres (0.2 mi) in length and its width varies between 9 metres and 17 metres. 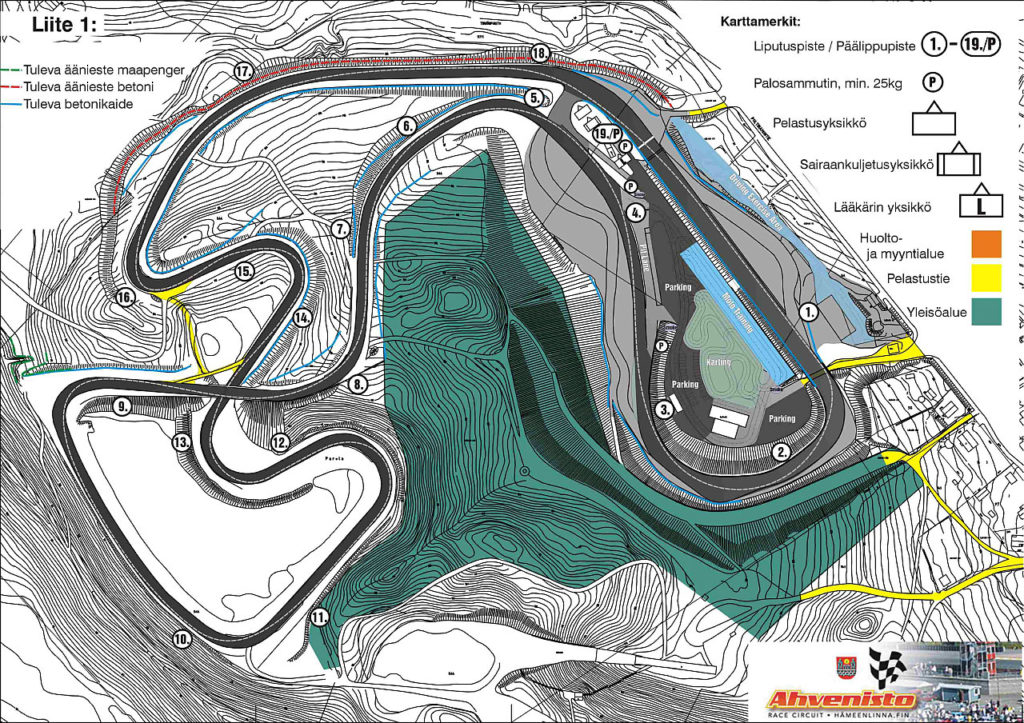 ♠ One of the most ineteresting race track i ever drove on. Medium speed but very technique with awesome up-and-dows-to-the-right segment from turn 6 to 8 is just superb and very dangerous as well.

Its elevation changes, short or sometimes inexistent run-off areas, and numerous fast bends have led to some to suggest that it is the hardest and most dangerous race track in Finland, or even one of the most challenging in the world. 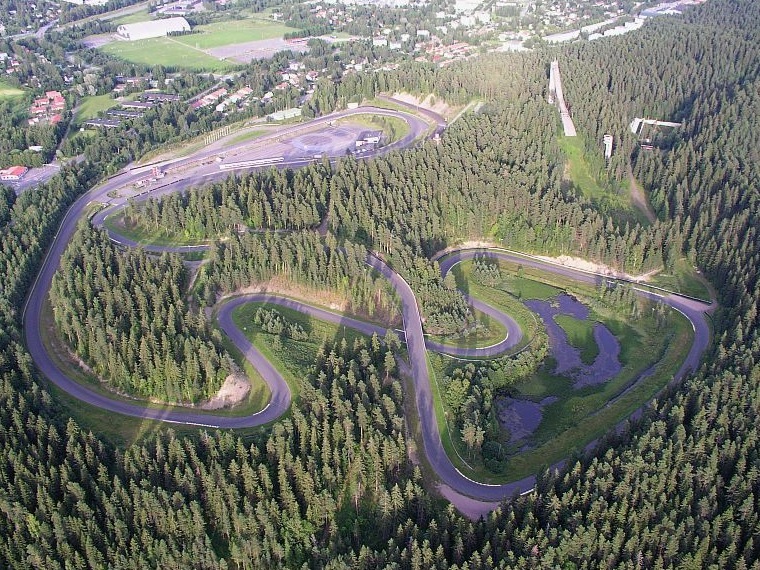 The construction of Ahvenisto Race Circuit was finished on July 15, 1967. The same year, “I Hämeenlinnan ajot 1967” became the first international event to be held at the circuit. Formula Two turned out to be the only international car race held at the venue. 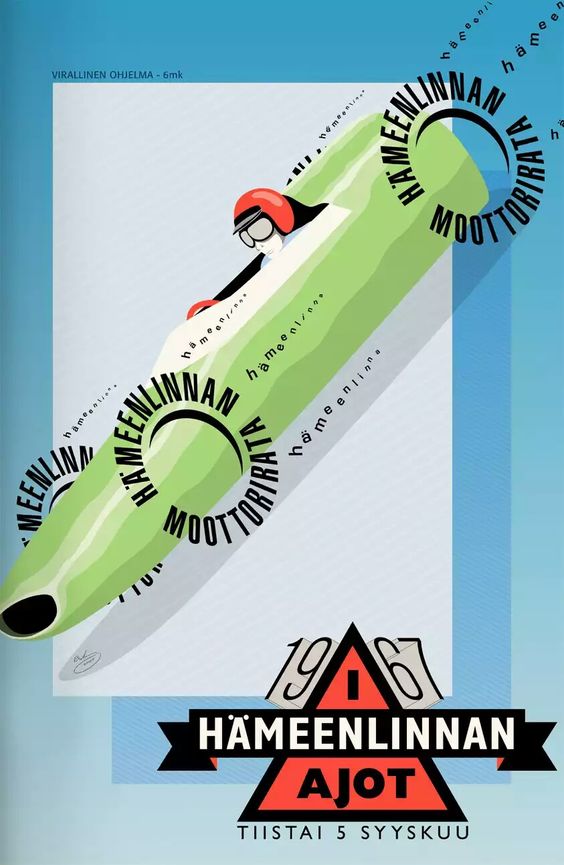 The Formula Two race was won by Jochen Rindt in a Brabham BT23 ahead of Jack Brabham’s Brabham BT23C and Jim Clark’s Lotus 48.

Moto racing: The circuit was chosen as part of the then new FIM Formula 750 races, which at one stage looked likely to become the next ‘big thing’ championship until it fizzled out at the end of the decade. From 1973-75 Ahvenisto featured on the calendar of series which variously held World or European Championship status.

X-rally: While no further international circuit races have been held at Ahvenisto, between 1980 and 1999 a total of 18 FIA European Rallycross Championship events were organized on a modified, mixed-surface version of the circuit, with some of the run-offs converted into gravel sections.

Tähtien kisat: in 1985, when over 40,000 people arrived to watch Tähtien kisat (“The Race of Stars”), in which both Formula 1 and World Rally Championship stars from around the world, including Nelson Piquet, Keke Rosberg, Timo Salonen and Michele Mouton, gathered at Ahvenisto to race in identical and near-standard BMW cars.

Accident: helicopter accident in 1984, when a pilot lost control while landing and crashed into the crowd during a race meeting. Five spectators were killed and another 26 injured.