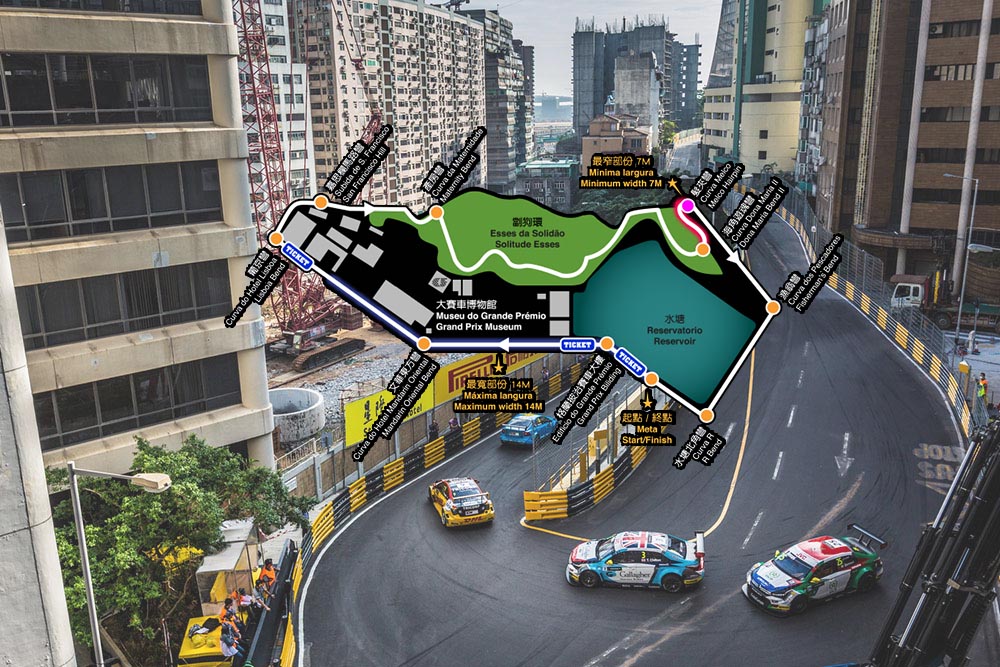 The Guia Circuit, or Circuito da Guia, is a street circuit located at the southeast region of the Macau Peninsula in Macau, China. It is the venue of the prestigious Macau GP (starting from retro cars to Open-wheels F3 now) and Guia Race of Macau (touring cars). Also hold Moto GP stage. 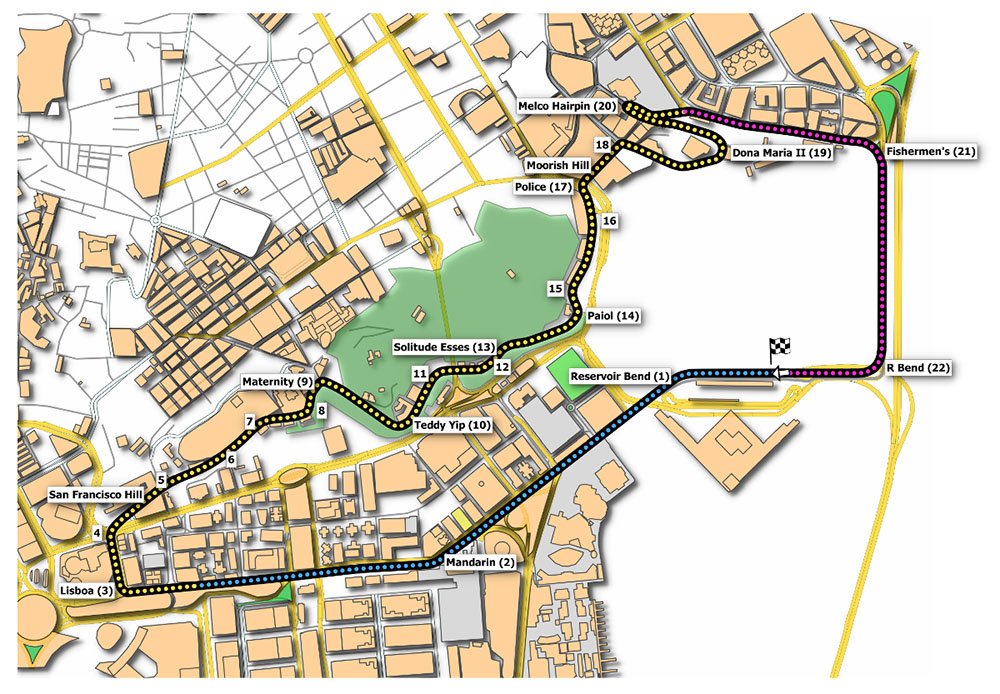 The circuit consists of long straights and tight corners, and features the characteristics of a typical street circuit – narrow, bumpy and limited overtaking opportunities. However, there are two special features that can rarely be found in other street circuits – variation in altitude (over 30m between highest and lowest point of the circuit) and an ultra long main straight that allows top speed of 260 km/h on F3 cars.

Time of the Race: 3rd weekend of November

As a result, the circuit is recognised as one of the most challenging circuits in the world (maybe even more techical and hardcore then Monaco) in terms of both driving and tuning, as cars have to maintain competitive speed to overcome hill-climbing, twisty corners and long straights in a single lap.

The Guia Circuit was originally conceived in 1954 as a route for treasure hunt around the streets of the city,(read on Portigese here) but shortly after the event it was suggested that the hunt’s track could host an amateur racing event for local motor enthusiasts. Since 1967, with the introduction of a motorcycle race, the track has become a venue for both motorcycle and car racing events. 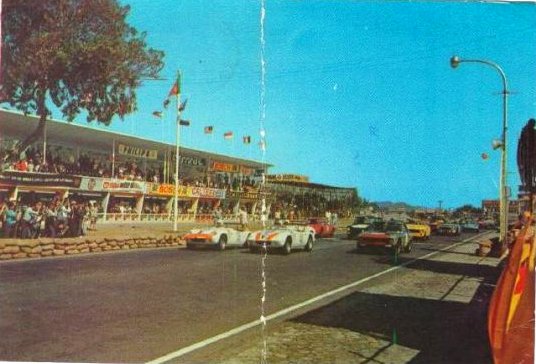 Unlike other regular racing tracks in the world, the layout of the Guia Circuit has not been modified since its first event in 1954 (the pit and paddock complex has been relocated to the present location since 1993, but the layout of the circuit has not been changed). The narrowest part of the track has a width of merely 7m, which is located at the Melco Hairpin (turn 20 on the map).

The whole length of the circuit is safely bounded by Armco barriers painted in black and yellow stripes. There used to be a gravel trap near the Reservoir Bend but since the pit and paddock complex was moved to the present location, this feature has been removed.

There are two major grandstands around the circuit for spectators to watch live racing – the main grandstand along the pit straight and the other one at the Lisboa Bend (turn 1). The Lisboa Bend is the most famous spot of excitement as it offers the only possible overtaking opportunity at the end of the main straight.

Ticket price for a seat at the Lisboa Bend is much higher than that of a seat at the main grandstand. But as with most street circuits there are many people who stand or sit next to the track or on bridges and fly overs.