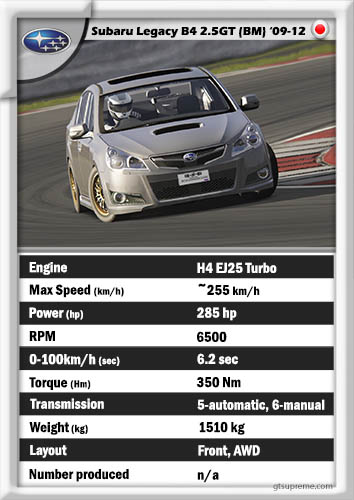 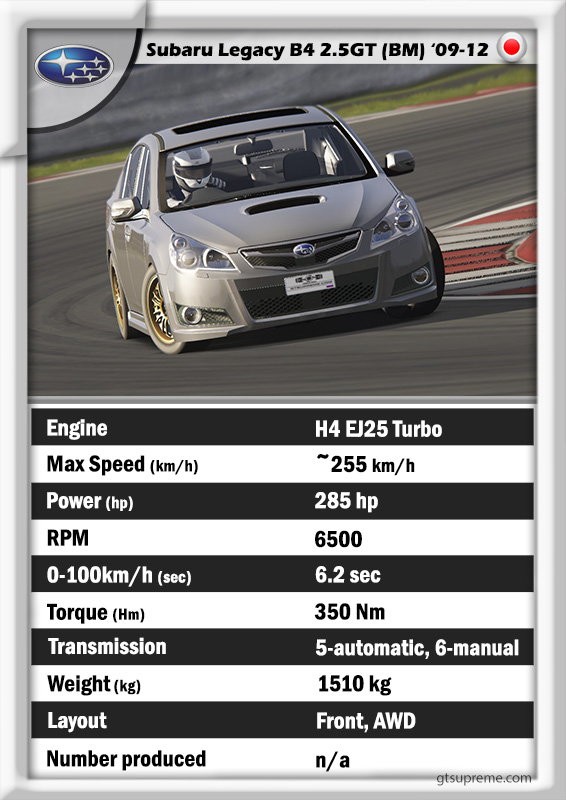 Last great Legacy produced by Subaru as last word forwarding toward new generation of cars for those who don’t like to drive at all. That’s why these written 2009-2012 only. I’ll explain.

After restyle in 2012:
1 – the car was despoiled of 2.5 liters turbo engine after 2012.
2 – only stupid robotic CVT gearbox left. While ’09-12 had manual and great automatic gearbox with wheel’s leafes. Like a race car which was felt like race sedan.
3 – After restyle you actually can not turn-off traction control etc. electronic helpers, while 2009-2012 you could do it and have fun.
There are main reasons why Subaru Legacy B4 2.5GT BM is last great Legacy.

First of all BM was unveiled at the 2009 Detroit Auto Show and had really modern and brave design.

Best Motoring noticed Legacy to have SI-Cruise. Which is an autonomous cruise control system that can reduce or resume a preset speed or bring the vehicle to a complete stop if the system detects a slower vehicle is being followed, without driver intervention.

Another suberb option is SI-Drive, or Subaru Intelligent-Drive,[13] (Japanese: SI-Drive) is standard equipment on all trim versions. It is a feature that enables three distinctly different modes of vehicle performance characteristics (identified as “Sport”, “Sport Sharp”, and “Intelligent”) by regulating the engine control unit (ECU), the automatic transmission control unit (TCU, if equipped), and by fine-tuning the electronically controlled throttle. The SI-Drive control knob is installed on the center console between the heated front seat control switches. The “Intelligent” mode makes throttle response more gradual, and decreases maximum engine power by 10 percent. The “Sport” mode allows the engine to run at higher speeds and increases fuel efficiency by 5 percent in comparison to Subaru engines without the feature. The “Sport # (Sharp)” mode makes throttle response more abrupt and enables the automatic transmission to maintain higher RPMs within a given gear’s range, and minimizes the electric power steering wheel effort. When the engine is started, the default setting is the “Sport” selection.

Other specification of 2.5GT BM

All specs were merely adopted as real car model, however there is always space for improvements

We have made 2 tests of how fast is this Legacy B4? Mention: suited stiff suspension and better brakes.

And comparison on best city circuit in the world – Macau Ghia track. 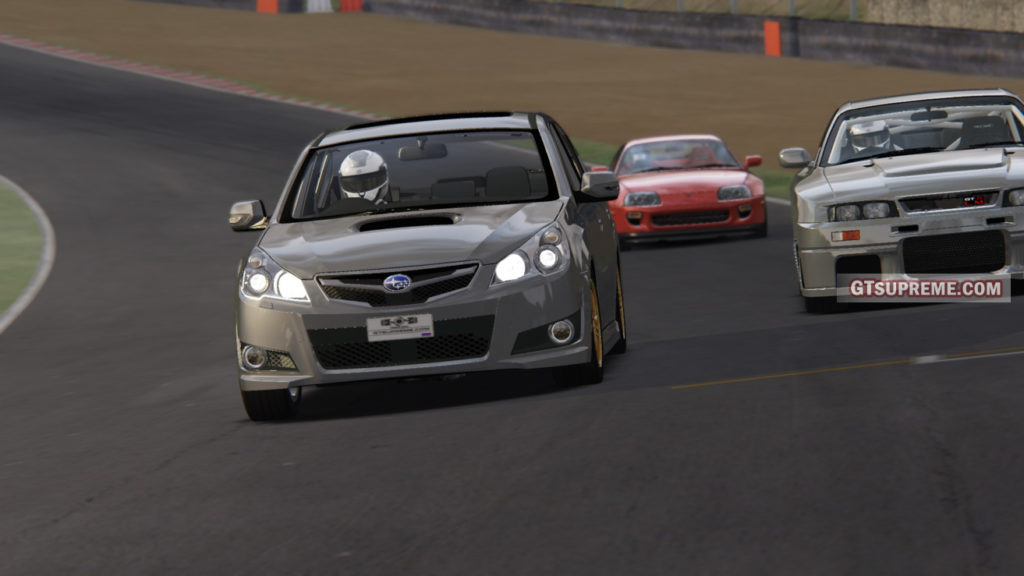 Similar to the Impreza that Team Cusco ran in previous years until 2008, a Legacy grand tourer car based on the fifth generation model has been built by R&D Sport for the Japanese Super GT series (GT300 class). It features a boxer-4 turbo charged engine. The car had also featured all-wheel-drive in the first season but the layout was replaced with an FR layout in 2010, which that season they got their first win in 39th Pokka Summer Special (Suzuka 1000km). 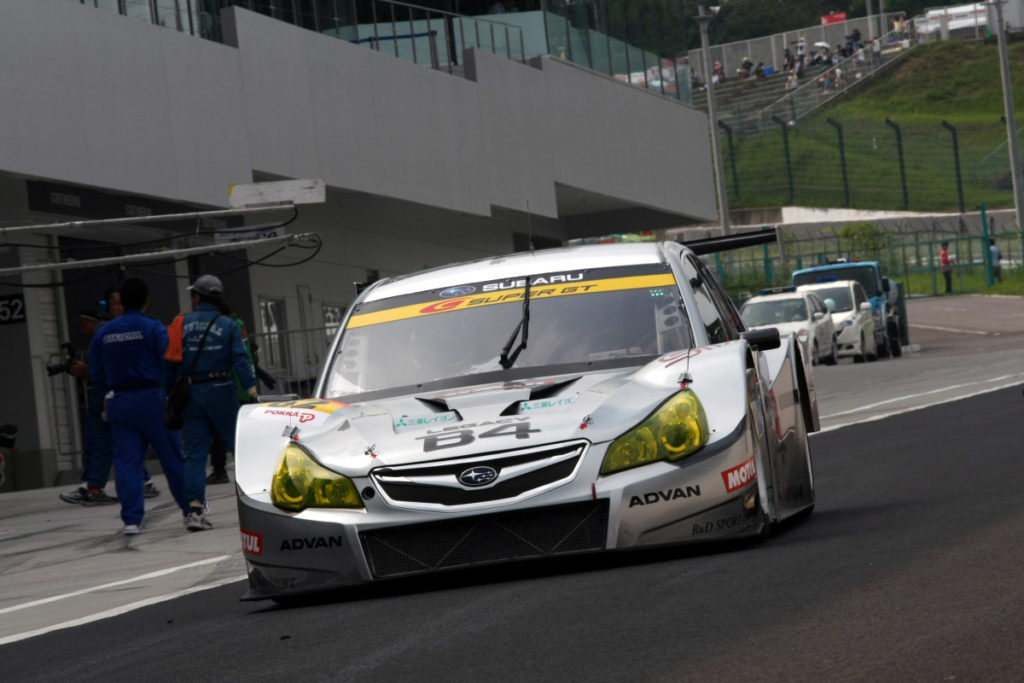 The Legacy GT300 is also featured in Assetto Corsa by GTsupreme.com. If you are intested in it – write a comment with email and we will conact you or directly write to gt@gtsupreme.com 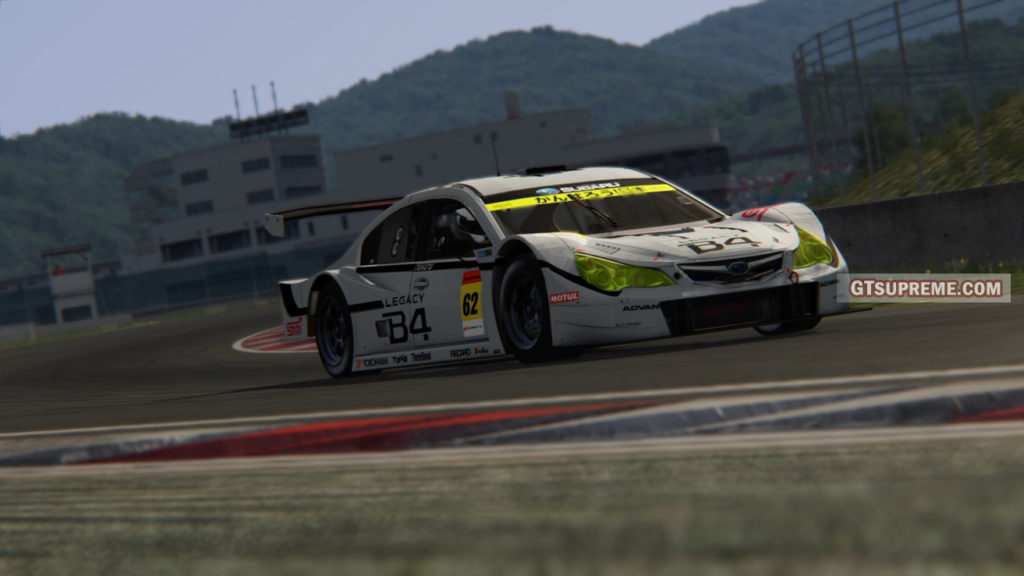