The Mazda K360 is a three-wheeled mini-truck K-car made by Mazda. It first went on sale in 1959 in Japan. It was the replacement for the Mazda Mazdago.

The three-wheeled small truck has been in development in Japan since the twenties, as it was ideally suited to the narrow and steep roads of that country, and it has grown to become the quintessential Japanese commercial vehicle, with millions produced by virtually every manufacturer. The Daihatsu Midget, the Mitsubishi Pet, the Humbee, the Cony, the Giant, and the Kurogane three-wheelers were already being built in a bewildering variety of body styles in 1959, when the Mazda made its first appearance. 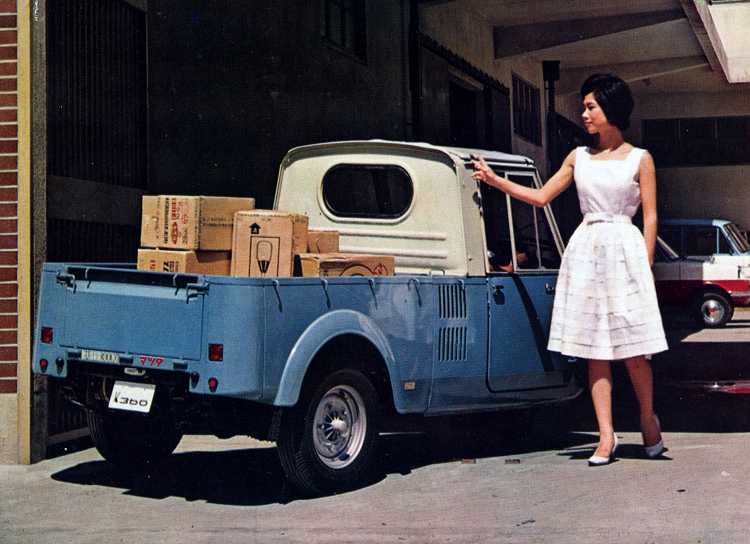 The name was derived from the Toyo Cork Kogyo’s (Eastern Cork Industries) first president in the twenties, a Mr. Matsuda, pronounced “Mahtsda,” and the Zoroastrian Lord of Light, called Ahura Mazda.

These little K360 midget trucks were the result of extensive development work on independent dual mechanical and hydraulic brake systems, and it boasted a “self-starting” motor, a safety glass windshield, a steering wheel instead of handlebars, and a spacious two-place drivers’ cabin with large doors and sliding windows. Ventilation was looked after by four opening vent doors. The motor was situated low behind the cab, giving excellent handling. The K360 was the smallest in Mazda’s lineup of 6 three-wheeler trucks. It would remain in production until 1969, and this K360 is a particularly delightful, correctly presented example.