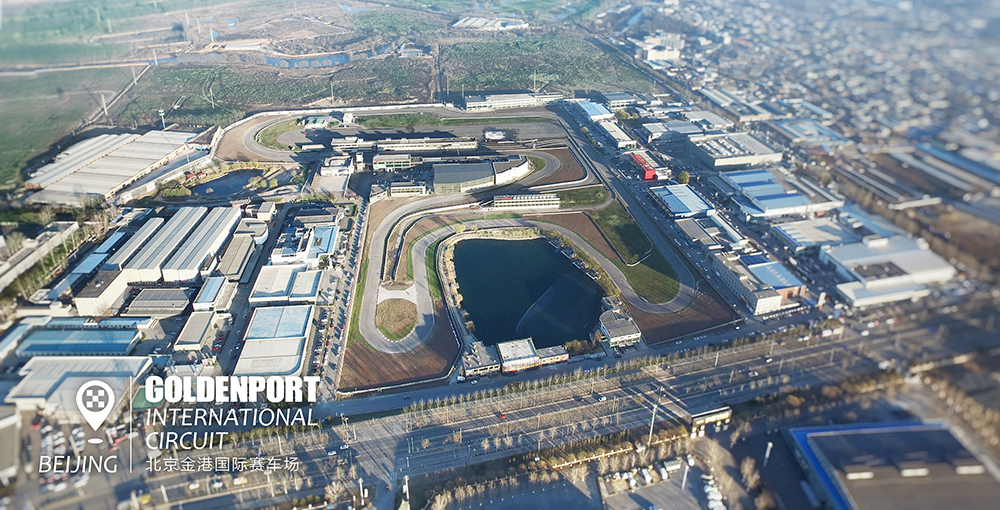 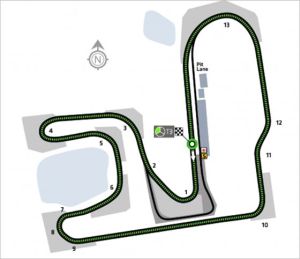 Goldenport Motor Park 北京金港国际赛车场, located close to Beijing’s international airport, was the second permanent circuit to spring up in China and the first in the capital. While it has firmly established itself on the national racing scene, it has also carved a niche as a capable backup for international fixtures, becoming a last-minute host of the FIA GT Championships in 2011 and the WTCC in 2014.

The circuit was designed by Australian Michael McDonough, who had previous experience of building tracks in China, having been responsible for the design and construction management of the Zhuhai International Circuit in the mid-1990s. A compact design with few high-speed sections, the 1.49 mile, 12 turn course was completed in December, 2001. It was homologated as an FIA Grade 4 circuit with two grandstands and 25 pit garages and also boasts an off-road trail and – to provide a complete contrast – fully stocked fishing lakes! What the fish make of the noise from the circuit is anyone’s guess..

It held the Beijing round of China Circuit Championship (CCC) for touring cars and China Superbike Championship (CSBK). The circuit became a replacement round of the 2011 FIA GT1 World Championship season after the Curitiba round had been cancelled. The race took place the week after the round held in Ordos, which is also located in China.

In 2014, Goldenport was added to the 2014 World Touring Car Championship season calendar after logistics regarding shipping for overseas rounds forced the FIA to remove the United States race at Sonoma Raceway in California, and add the third Chinese race (Shanghai and Macau are the other two).

The circuit is 2.4 km (1.49 mi) long in distance with the width between 12m – 20m. It is a FIA Class 4 Homologated Circuit with 2 grandstands and 25 pit garages. The circuit has a very smooth surface and very little grip on several sections.

Track for assetto corsa has some graphic issues. Also modder made sphalt surface worth then original track in 2014. Probably now surface in not very good condition as well. But this feature even making the track more interesting. Such a cool local track.

In recent years drifting has become increasingly popular in China and Goldenport has taken advantage of this to set up a dedicated shop and storage facility for drift cars and created a large drifting area.