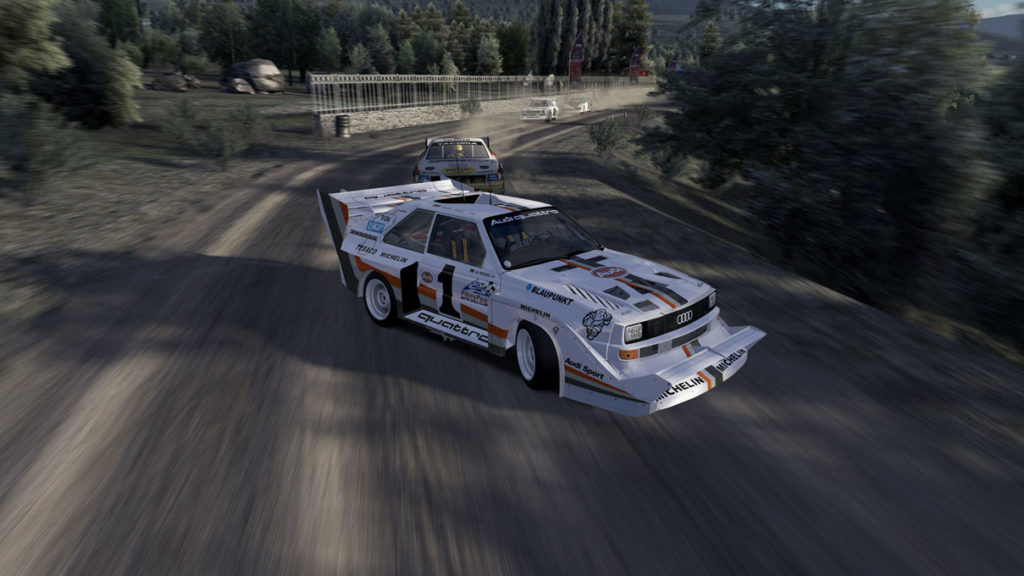 Hi mates! Well lately i had an interest to rally..specially to some exotics from Pikes Peak and Group B era. So alongside with Gr.C we will have some gravel monsters to come in near future. And start with legen…wait for it…dary Quattro 1987 Pikes Peak

Can grab this beauty on our Patreon page

“The 1987 winner of the Pikes Peak, that also set the event record in its day.”

Audi introduced full-time 4WD technology into the World Rally  Championships in 1981, and showed incredible performance right from the  outset. In 1982 they achieved a double victory for both the  manufacturers and driver titles, a driver title victory in 1983, and a  double title again in 1984.

The engine itself was basically unchanged but it incorporated  improvements such as the misfiring (Anti-lag) system, and the final  output of the engine was increased to 591 BHP. One improvement of note  was also the transmission, a 6-speed semi-automatic with a clutch sensor  in the shifter. Later in the year it was also given an aerodynamic body  with front spoilers and large front wheel arches to match, together  with rear arches with air inlets and a rear wing. By this time the car  had matured into the ultimate rallying quattro.

In the same period, Audi modified a WRC spec Sport quattro S1 to hillclimb specifications and took part in the Pikes Peak International Hill Climb. The results were spectacular, with  Michèle Mouton and Walter Röhrl winning and resetting the track record  in 1985 and 1987 respectively.

Welcome to our Discord channel for chat, some wips screens, online events and prizes!

Have a good ride, mates!