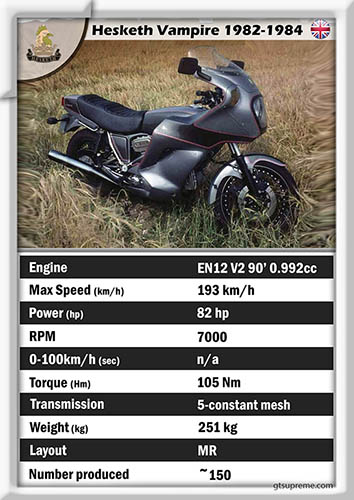 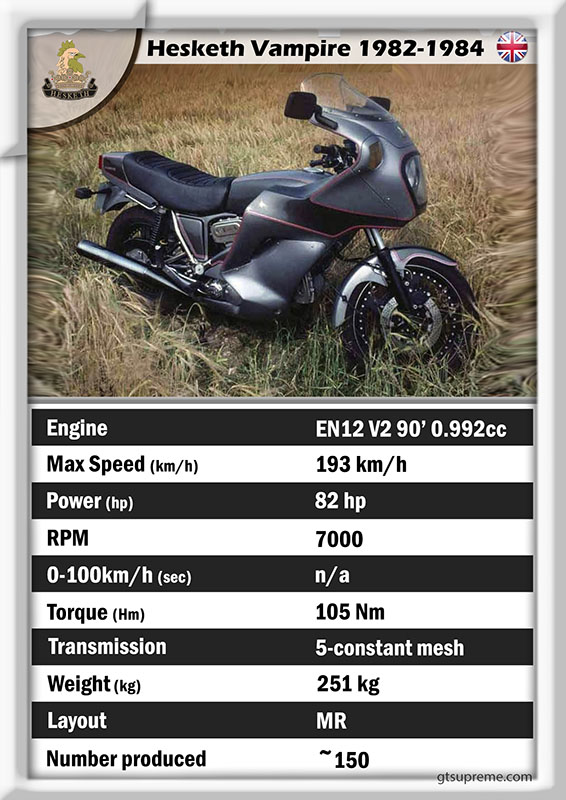 By the late 1970s the once-proud British motorcycle industry was in tatters. Norton was dead, and Triumph barely alive, holding on by a thread at Meriden. There hadn’t been a new large-capacity British motorcycle since the Triumph Trident of 1968, but Lord Hesketh (one of the best British-man, who made James Hunt world champion) decided to change this. Hesketh wanted to create a truly British high-quality motorcycle. He envisaged a two-wheeled Aston Martin: classy, expensive and built to last.

John Mockett designed the fairing at the MIRA wind tunnel, the fairing body a hand laminated GRP box structure. The updated engine was initially titled the EN10, or Easton Neston one/0, becoming the EN11 and eventually EN12 for the Vampire. These updates incorporated many improvements to overcome reliability problems, mainly to the main bearings and oil cooling system. But even with these modifications the Hesketh Vampire was an anachronism.

Although horrendously expensive at the time, the Hesketh was extremely flawed and early examples were troublesome. Apart from a terrible gearchange, most of the problems stemmed from the lubrication system. When the engine got hot the cylinder would expand more than the camchain case, leading to oil leaks, but more serious was the alarming extremes of oil pressure between hot and cold. The high oil pressure when cold blew oil pressure switches to smithereens. Needless to say this did little for the Hesketh’s reputation but at least they honoured the warranty, with some early bikes receiving four new engines in an endeavour to overcome recurring problems. That is terrible. 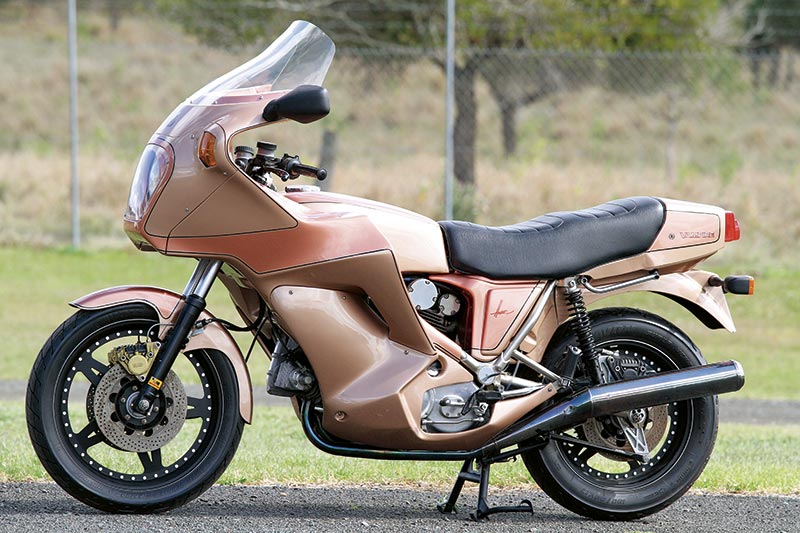 But when it was running, the Hesketh was an admirable motorcycle, a traditional large capacity V-twin offering secure and stable handling. It was just that only a few could enjoy it. And of course the design. It looks just awesome.

read all the specs here in Vampire advert journal⇓

Price of this collectable Vampire