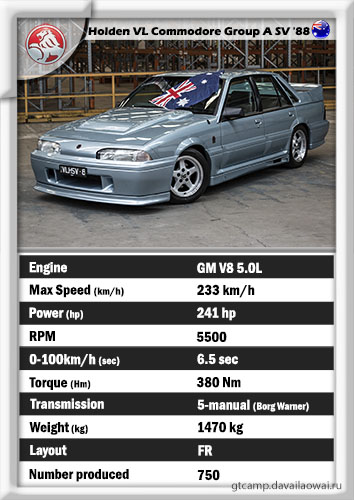 The 1988 HSV VL SS Group A ‘Walkinshaw’ was built to homologate the Holden VL Commodore Group A race car. Following the dissolution of the Holden Dealer Team in 1987, it would be the first car to roll out of Tom Walkinshaw Racing’s newly formed Holden Special Vehicles (HSV) operation in Melbourne. A series of 500 vehicles was commissioned by Holden, which rose to 750 to satisfy demand. All were finished in the now iconic Panorama Silver. VL Commodore Group A SV body The ‘plastic fantastic’ bodykit wasn’t to everyone’s tastes, with some customers rumoured to have had HSV remove the aero package before delivery. END_OF_DOCUMENT_TOKEN_TO_BE_REPLACED