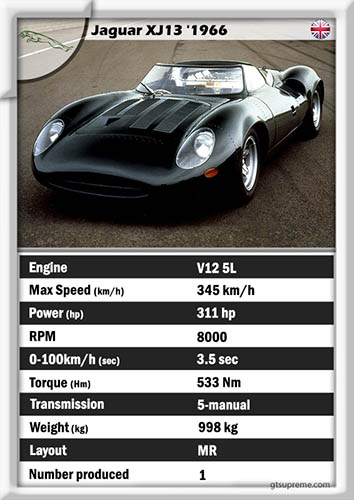 “The car that can be seen today is not an exact reproduction of the original” The idea of a mid-engined prototype was first mooted in 1960, but it was not until 1965 that construction began, with the first car running by March 1966. The aluminium body was designed by Malcolm Sayer, the aerodynamicist responsible for the Jaguar C-type, D-type, E-type and XJS, who used his Bristol Aeroplane Company background to build it using techniques borrowed from the aircraft industry. The development of the XJ13, although treated seriously by the designers, was never a priority for company management. Download Jaguar XJ13 ‘1966 for Assetto Corsa (tyres END_OF_DOCUMENT_TOKEN_TO_BE_REPLACED 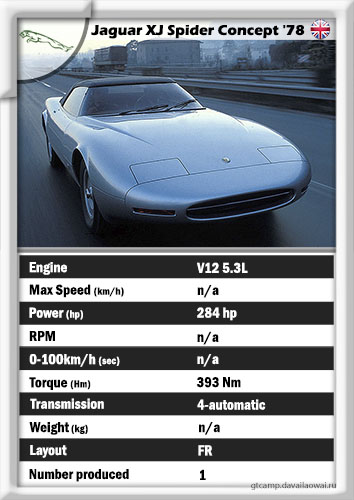 XJ Spider designed by Pininfarina for the 1978 British Motor Show – stimulated Jaguar to seriously explore the idea of an ‘F-type’ spiritual successor. With underpinnings in place, the formidable trio of Leonardo Fioravanti, Sergio Pininfarina and Renzo Carli went about designing the bodywork. They reverted to the oval-shaped front air-intake of the E-type, and dropped the sober lines of the XJ-S in favour of the more bulbous curves of the original – including the swooping arcs which peaked above the wheels. The three also gave the car a huge boot to maximise grand touring potential, but this led to a side profile remarkably reminiscent END_OF_DOCUMENT_TOKEN_TO_BE_REPLACED