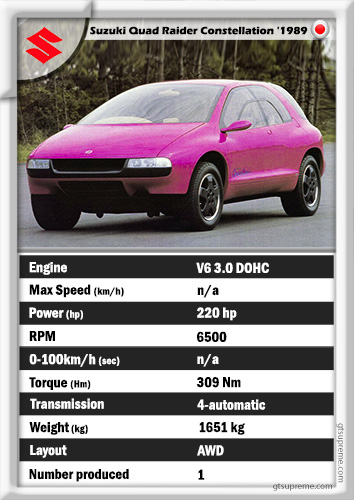 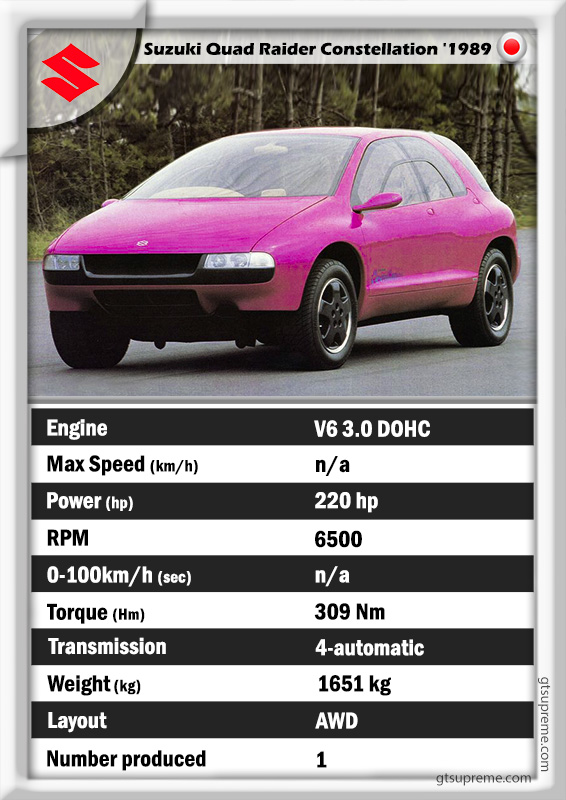 The theme of the 1989 Tokyo Motor Show was “Freedom of Mobility – A Taste of Real Life and Luxury,” and the Japanese were sure ready to party. Passenger car sales grew by 30.7 percent in that year alone.

Suzuki was one of the 332 exhibitors fighting for the crowd’s attention, and it definitely managed to grab it with the Cappuccino roadster, its new kei sports car. However, its second major concept, the Quad Raider Constellation got lost in history. 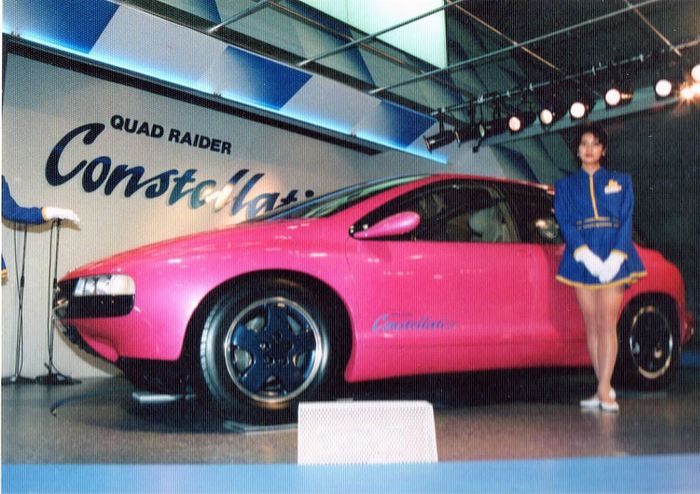 Advertised as “a stylish sports sedan in the city streets and a versatile cross-country car over snow and off-road routes,” the Quad Raider Constellation was pretty much the perfect crossover, featuring full-time all-wheel drive with Suzuki’s hybrid air/hydraulic suspension. This allowed for its ride hight to be lifted by almost four inches on demand. It was 1989 !

Under the hood was Suzuki’s twin-cam three-liter V6 producing 220 horsepower, connected to a four-speed automatic gearbox. Since the crossover was weighing 1651 kg dry, the stopping force was provided by four ABS-enhanced ventilated disc brakes. That was pretty impressive for 1989, but nothing compared to the Constellation’s high-tech interior.

Occupants could feast their eyes on a total of three screens–a CRT in the instrument panel, two LCDs in the center console and the rear-facing seats. The driver also got a mouse to play with “during high-speed driving,” while the Constellation ticked the safety box by having projector headlights, four airbags and a CCD video camera to monitor the kids. Who were probably expected to start misbehaving at the back the moment they got bored by their luxurious leather bucket seats, or the “fuzzy control” option of the automatic A/C. 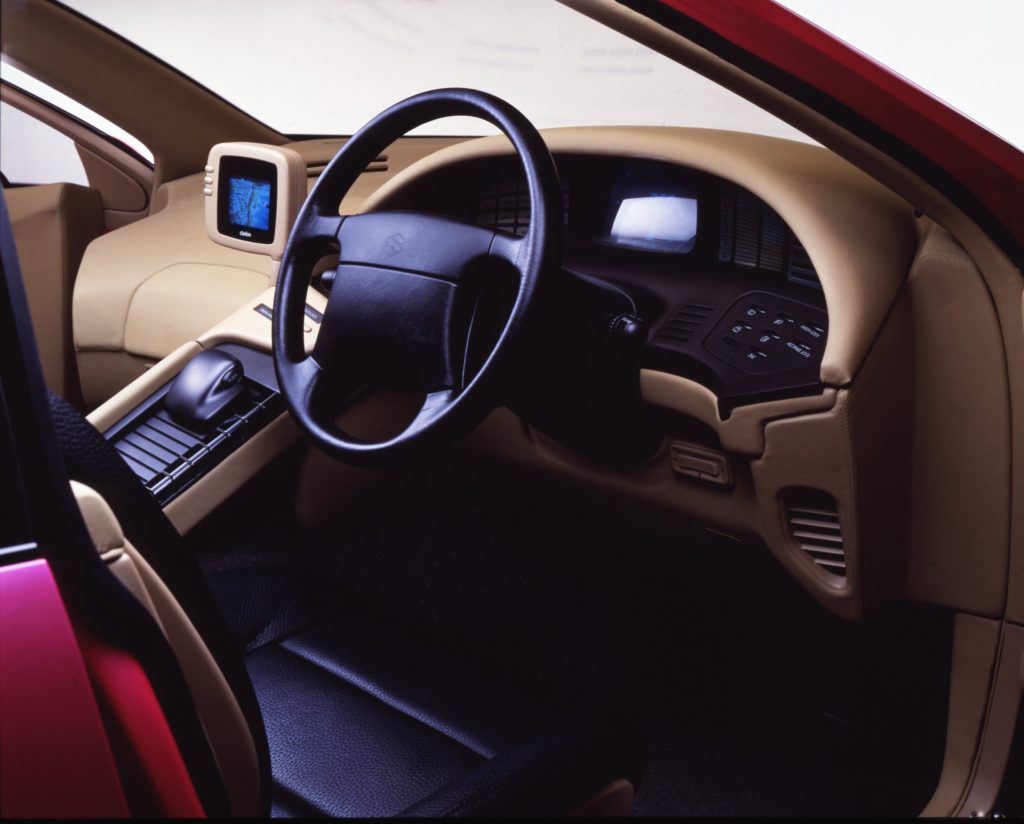 In true late eighties Japanese concept fashion, Suzuki’s pink wonder also had a multi-media system capable of handling DAT, compact audio and 8mm video cassettes, as well as CDs and a TV feed. What more could one ask for?

Why Suzuki Constellation was not produced?

it was 1989 it a topic of family crossover was far from audience point of view. No crossover had a chance against the NSX, SVX, Nissans midships or Mazda and Suzuki themselve’s key-cars. It was era of speed and compact. And the Japanese economic bubble has collapsed by 1992.

Other specs of Suzuki Constellation