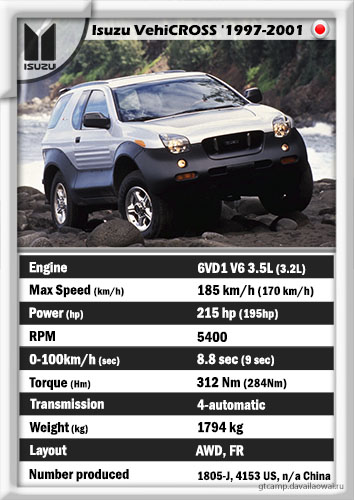 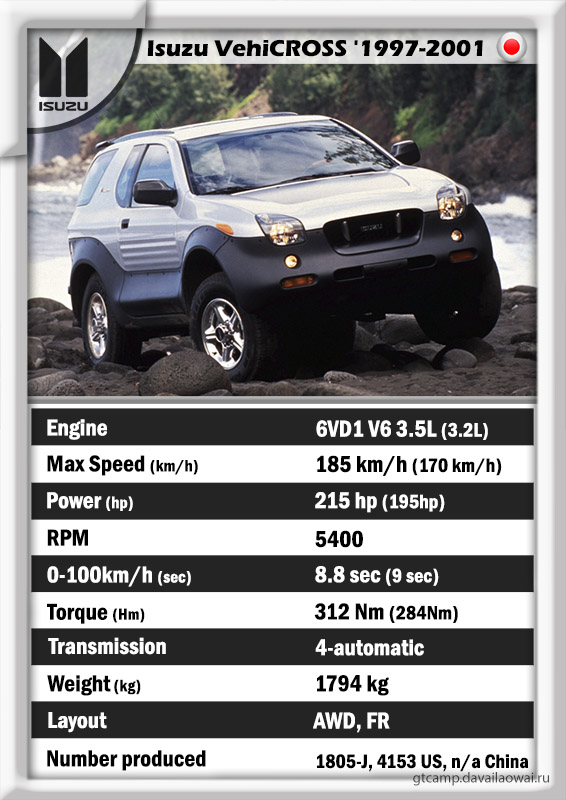 The VehiCROSS was originally unveiled as a concept vehicle at the 1993 Tokyo International Auto Show.

Its ultimate Japanese production release in 1997 was notable in that the production vehicle arrived with very few design changes and in a very short time. This feat was accomplished through the use of inexpensive ceramic body-stamping dies and the reuse of readily-available Isuzu parts. 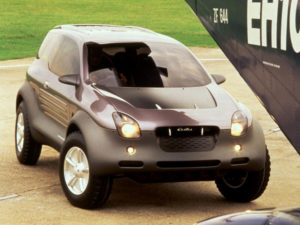 The truck was intended to showcase Isuzu’s off-road technology, and is one of the few vehicles to ship with monotube shocks with external heat-expansion chambers, a technology normally reserved for off-road motorcycle racing. 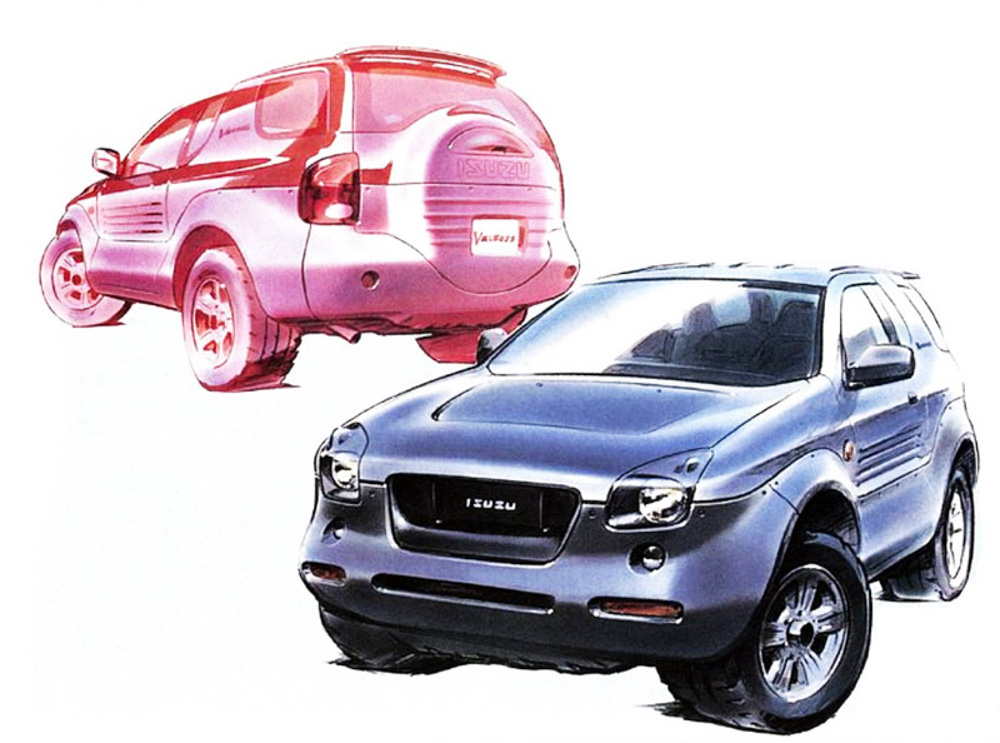 It is a small, sporty 2-door crossover vehicle with aggressive external styling, including short overhangs, an aggressive forward stance, titanium “teeth” in the grille, a black hood-insert, and black plastic cladding over the entire lower half of the vehicle.

The VehiCROSS also features the Torque on Demand (TOD) 4-wheel-drive system produced by BorgWarner. With this system a second seconds after starting the engine, when only the rear drive turnes on, the necessary portion of the torque is transmitted to to the front wheels, which itself is determined by the system depending on criteria such as the angle of the steering wheel, the intensity of fuel and other indicators. The driver sees the all on the front panel, where there is a pictogram of the front and rear wheels, which is lit green light, and the number of such “highlighted” elements indicates the degree of transmission of torque to the front wheels. 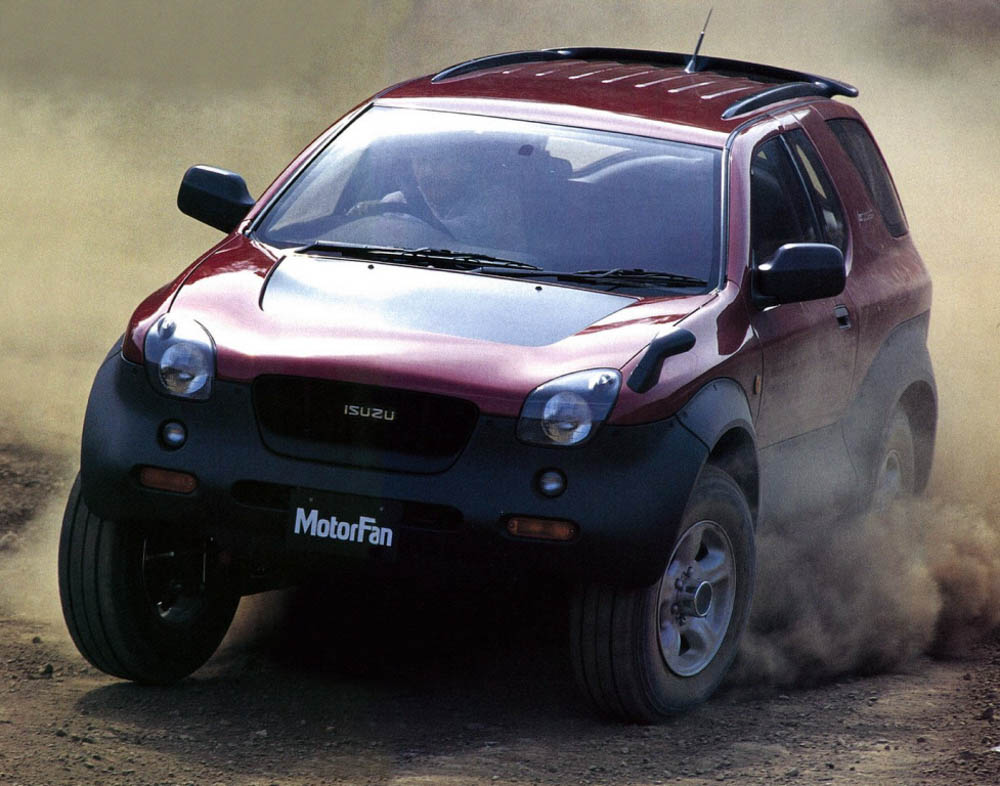 TOD is controlled by a separate computer, which reads the information from many sensors, converts it and provides the necessary command to the reaction system. This computer mechanism of the car was an individualist, and his work is not connected with anything other than a smoothly run the transmission system. Such a transmission supplements an automatic four-speed transmission.

The VehiCROSS combined a computer-controlled AWD system for on-road driving and a locked-differential low-gear 4WD system for off-road driving. The Japanese version offered a 2WD non TOD or 4WD TOD option. The US-only constant 4WD TOD, with 12 independent sensors for detecting wheel spin and capable of redirecting power to the wheels with the most traction, gives the VehiCROSS a high level of traction on wet and icy roads. It also has a high level of performance for its height. While possessing on-road nimbleness, its body-on-frame truck construction, suspension and 4WD gearing make it very capable off-road. 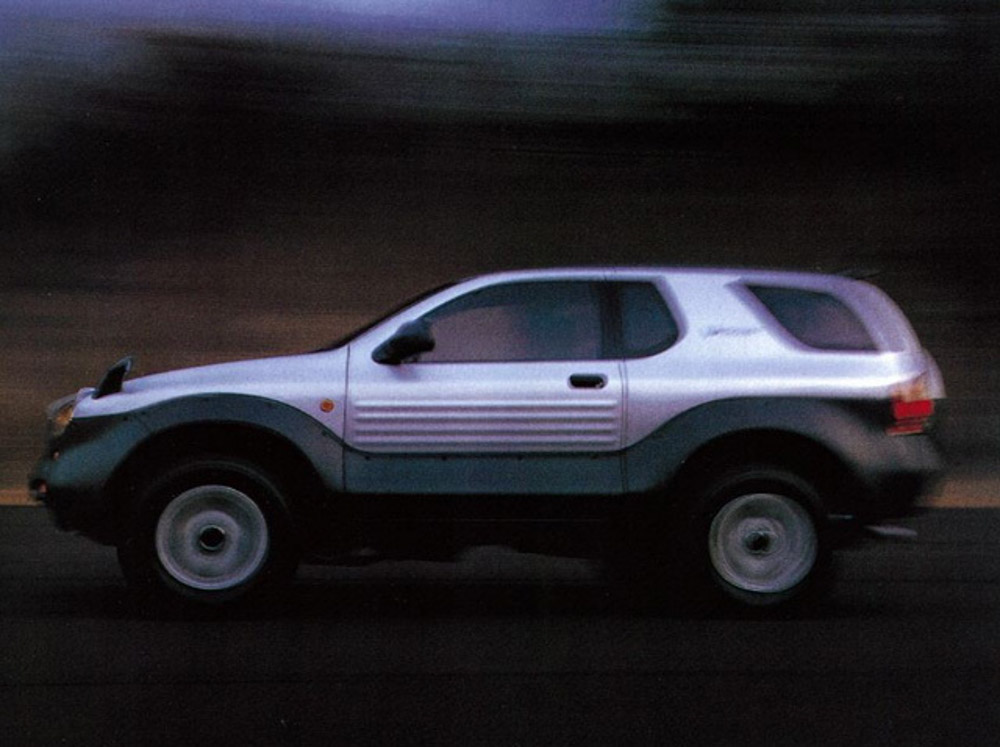 Isuzu company offered in limited quantities the Isuzu Tiejingang (China) which is the sister model to the Japanese Isuzu VehiCROSS. The model name means “Iron King”. The price in China is up to 1.000.000 RMB now. Which is almist 10 times more then in Russia for JDM version. 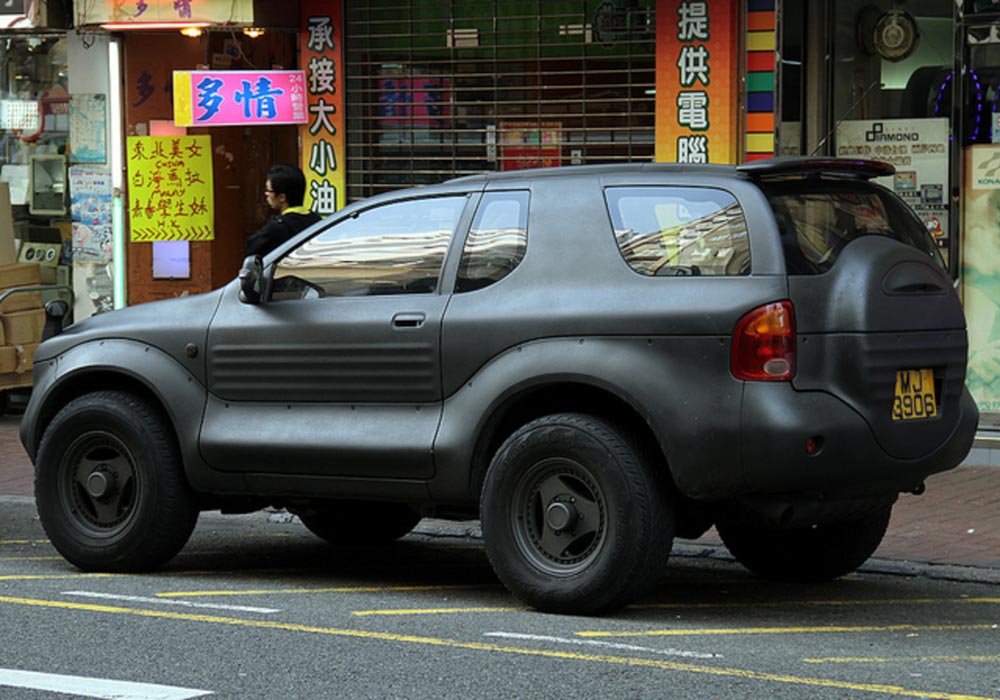 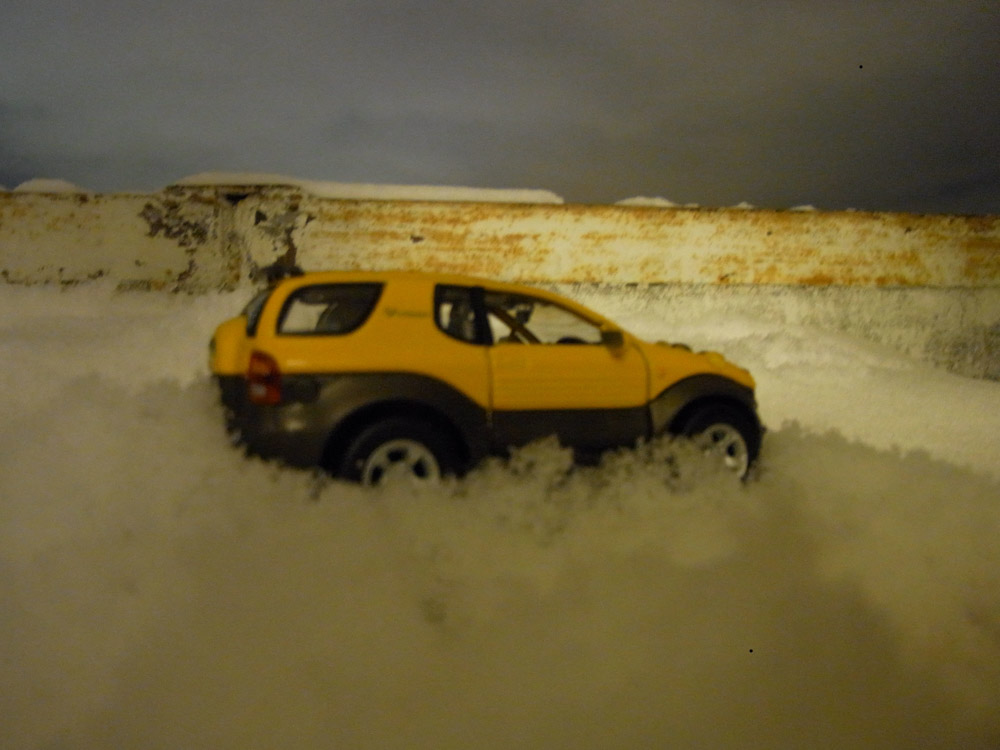 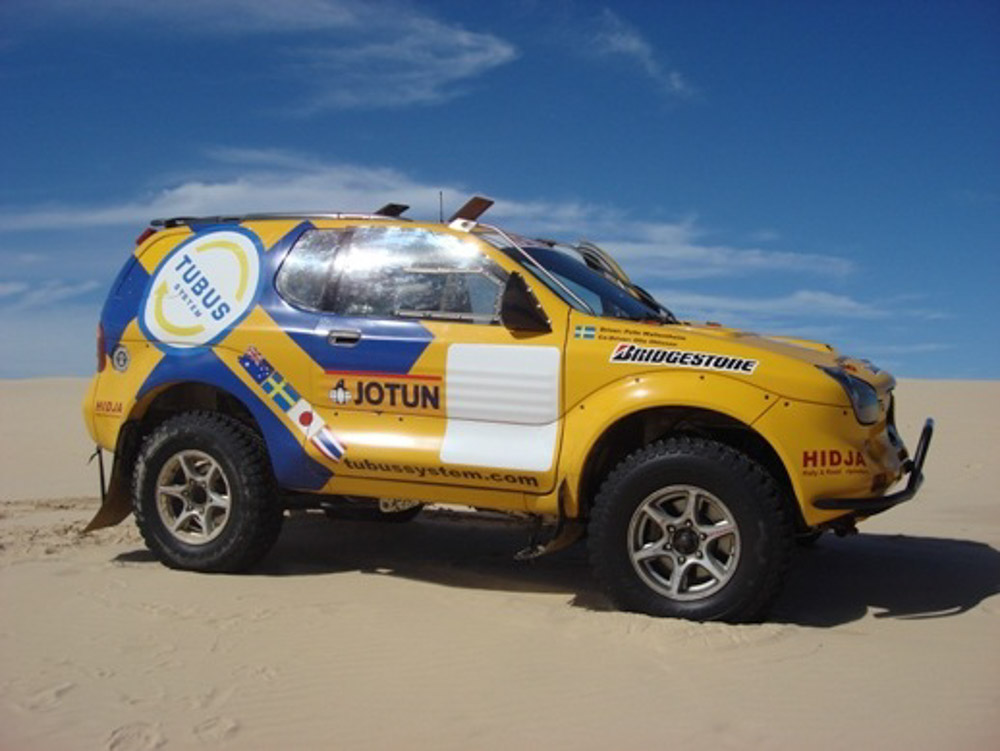