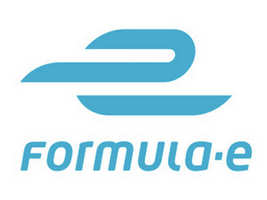 Bern’s ePrix course is the second temporary street circuit to host motorsport in modern times in Switzerland, following on from the inaugural Formula E race in Zürich in 2018. It had been expected to continue around the streets of Switzerland’s largest city, however it dropped off the calendar due to clashing local events in June 2019. A grateful Bern stepped up to the plate to host the race instead.

The city circuit is 2.668 kilometers long and has a total of 13 turns including two chicanes and a long straight on which, the new second generation Formula E cars will be able to use full throttle. The layout is characterised by some strong elevation changes, which would hitherto have rendered it unsuitable for the electric racers, but is now made possible by the much stronger batteries in the Gen2 cars.

The racetrack does not lead right through the city centre, but through the area of the Ostberg, with the historic old town forming a backdrop and housing some of the special zones created for spectator entertainment.

Unusually, the pit lane is located at turn one for logistical reasons, with parts located in the grounds of the Expo centre. Unlike Zürich’s rather lavish wood-panelled temporary pit buildings, Bern is expected to use more traditional tented garages. The lack of car changes and pit stops in Season 4 should limit the need for pit callers during the races in any case.

Large parts of the racetrack will be accessible free of charge, though the precise locations of grandstands are still yet to be announced.

The same company which was responsible for the implementation of the Zurich is behind the Bern event. Under the direction of Pascal Derron, Swiss E-Prix Operations AG is responsible for the entire racing infrastructure in Bern, the event operations, the supporting program and the marketing of the race in Switzerland, with the city of Bern making no financial contribution.